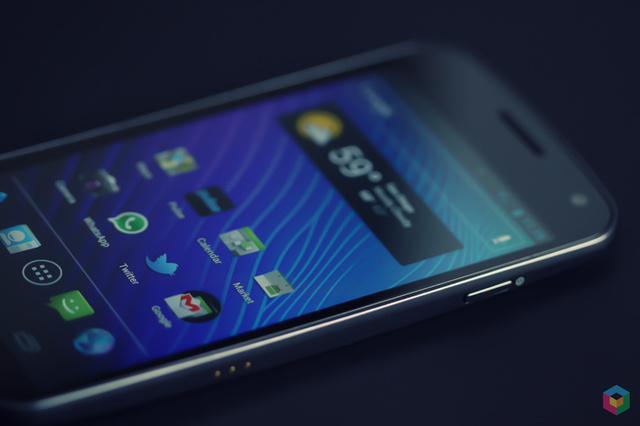 A close-up of the Galaxy Nexus and its 720p PenTile display. Image via TheTechBlock.com.

Phone development is progressing at a rate faster than at any other point in history, and for this reason, people are beginning to find their firm favorites. Some people prefer different displays for technical reasons, while others simply enjoy having a larger or higher-resolution display in the palm of their hand.

Samsung's Galaxy SIII launch did not go as well as planned, perhaps, with the device having received some negative attention for various reasons. Among these reasons was the design; critics were quick to describe Samsung's latest smartphone as being "Designed by Lawyers".

Another complaint which did not come quite as readily was about the screen. While it is a 4.8" Super AMOLED display with a 720p resolution, it also uses a Pentile subpixel layout instead of RGB. For the vast majority of people this proves of little importance, but among those with a knowledge or interest in the subject, it is an important compromise the company has made. The most common complaints about PenTile displays come from the general 'crispness' of the display. Color fringing is also not unheard of, with odd coloring happening along the edges of app icons.

Mobile Burn met with Samsung's Philip Berne, to find out more about the PenTile formation and the problems people seem to be facing with it. Berne maintains that the PenTile displays have more longevity due to their different layout. As would be expected, RGB displays use a "Red, Green, Blue" organization. PenTile displays use an RGBG layout: Red, Green, Blue, Green. This features more green subpixels than an RGB display with the same resolution.

In short, this means that the display will last longer. On AMOLED displays, the first subpixels to degrade are blue. Due to this it is important for the company to ensure the longevity of their displays. On average, buyers of Samsung's phones keep them for more than eighteen months, and the company seeks to provide the same performance for that period of time. For the majority of buyers who are looking for a powerful phone, the display might not be something they immediately consider. In fact, it is entirely possible that the majority of buyers could own their phone for 18 months and more without seeing any problems from the display. Critics of the PenTile display state that it is impossible to forget again once it has been observed, but the observation may never even enter some people's heads.