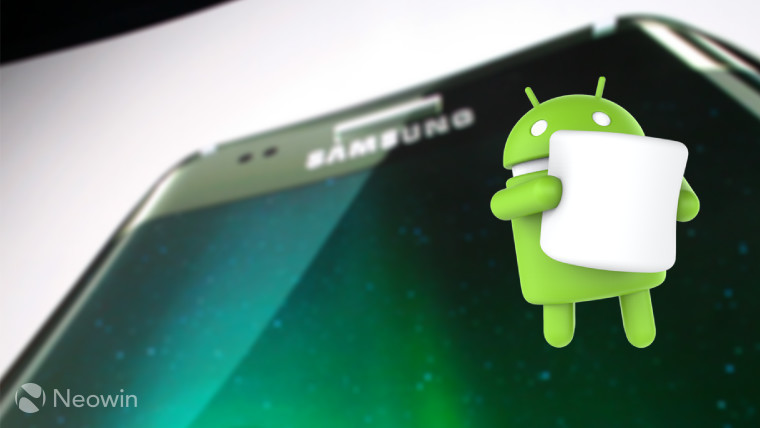 Samsung today has announced that it is rolling out Android 6.0 Marshmallow globally to owners of the Galaxy S6 and Galaxy S6 edge smartphones, after initially being limited to South Korea and recent hints of an arrival to T-Mobile subscribers in Poland.

The company has confirmed that the new update will soon be landing on other Galaxy devices, but that each model will get a separate announcement as they put together a schedule with carriers according to market conditions. This means that owners of a carrier-locked device may have to wait a bit longer to receive the update.

Owners of the Galaxy S6 edge can look forward to significant improvements in usability with edge screen features, which Samsung has detailed here. The most noticeable change is the fact that the size of the 'apps edge' panel has been increased from 260 pixels to 550 pixels, allowing for more content to be displayed, as well as better readability.

Instead of going through messy home screens and having to constantly open and close apps, Samsung now offers the ability to customize up to nine panels, including a 'People edge' for quick access to contacts, and an 'Apps edge' that can now fit up to ten of your most frequently used apps.

There is also a new 'Tasks edge' panel that offers the ability to quickly compose messages, organize your calendar, set alarms, and a 'Quick tools' panel for quick access to miscellaneous functions like a compass or a flashlight.

The annoying thing about this announcement is that apparently, it has already been available for at least two weeks, and stranger still is the fact that South Korean owners of the two Galaxy S6 models - as well as the edge+ variant - already have access to a newer version, Android 6.0.1.

This is to be expected when you take into account the difficulties of coordinating a global rollout of a new OS in different markets and having to pass carrier testing, but recently a Dutch consumer group has been very upset with what it calls a "poor software update policy for Android smartphones", filing a lawsuit against the Korean tech giant.

Have you installed the Android 6.0 update on your Galaxy S6 or S6 edge? Sound off on your experience in the comments section below.