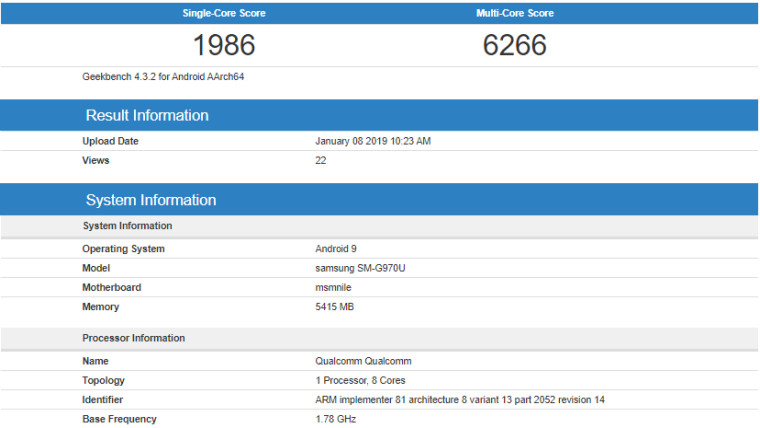 The S10 Lite scored 1986 on the single-core benchmark and 6266 on the multi-core benchmark. Both of these seem low when compared against Xiaomi's upcoming Snapdragon 855 smartphone, likely the Mi 9, which itself scored 3544 and 11197 respectively. According to the results, the S10 Lite will pack 5415MB (read 6GB) of RAM and the cores will have a base frequency of 1.78GHz, although the implementation of cores in the Snapdragon 855 means each subset of the three clusters will be clocked at different speeds.

The S10 Lite will supposedly come with a flat panel 18.5:9 screen with FHD+ resolution, a dual-camera setup on the rear and a single camera up front. As with previous Samsung Galaxy models, variants outside the US will likely make use of the Exynos equivalent, the 9820. Finally, the phone will come a 3100mAh battery and launch for £699 (~$900) in the UK.