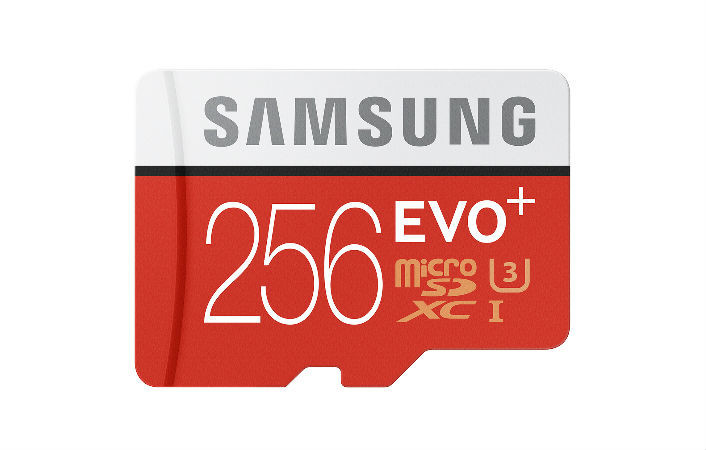 If SanDisk's 200 GB microSD card simply isn't enough for you, you're in luck. Samsung has unveiled its new 256 GB EVO Plus microSD card, promising "the highest capacity in its class".

While the SRP of the card might seem high at $249.99, Samsung is promising high performance along with the high storage with read and write speeds of 95MB/s and 90MB/s, respectively.

If you use a microSD card in your phone, you probably know that with a less expensive unit, won't be able to record 4K video with it. With the EVO Plus, Samsung promises that you can record up to 12 hours of 4K video and up to 33 hours of 1080p video.

Any Windows phone or Android 6.x device with expandable storage can also install apps to a microSD card. With that in mind, having a slower memory card will significantly slow down your device. The card also promises to be water proof (IEC 60529, IPX7), capable of withstanding extremely low (-13ºF) and high (185ºF) temperatures, x-ray-proof, and magnet-proof. If all of those fail you, the card is backed by a 10-year limited warranty.

Samsung's EVO Plus 256 GB will be available for purchase this June in more than 50 countries, including the USA, Europe, China, and other regions.