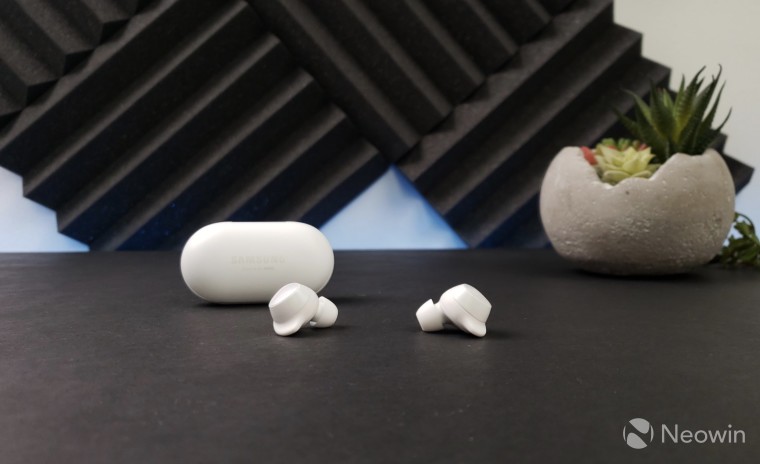 Alongside the Galaxy S11 and its second foldable device, Samsung is also expected to announce the Galaxy Buds+ at its Unpacked event on February 11. It was initially rumored that the Galaxy Buds+ will feature Active Noise Cancellation but a new leak contradicts that.

Coming from the reliable @UniverseIce, the leak claims that the Galaxy Buds+ will feature improved sound quality, battery life, and fast charging. It will, however, miss out on Active Noise Cancellation (ANC).

A previous leak points to the Galaxy Buds+ launching in Blue, Pink, Black, and White colors.

Galaxy Buds+ does not have noise reduction, but it improves battery life, sound quality and fast charging.

The original Galaxy Buds was praised for its sound quality and design, though the poor microphone quality meant that it was not ideal for phone calls. It also offered up to 13 hours of battery life so any improvement in this regard from Samsung would be a further bonus.

The improvement in sound quality will also be a welcome addition, though most customers are likely going to frown at the lack of ANC which is quickly becoming a must-have feature in high-end wireless buds.

Will you buy the Galaxy Buds+ for its improved sound quality and battery life over other wireless earbuds with ANC? Drop a comment and let us know!