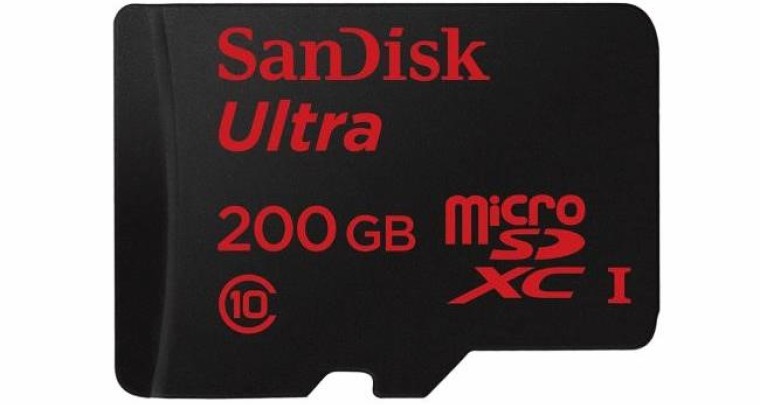 SanDisk is no stranger to setting records. In addition to releasing an SD card last year that could capture 4K video in real time, SanDisk also set a record by being the first company to launch a 128GB microSD. Today at Mobile World Congress 2015, SanDisk announced the launch of the successor of its 128GB microSD card with the 200GB Ultra microSDXC UHS-I card, the new king of microSD card storage.

In addition to the massive amount of storage found on a tiny card, SanDisk gave us some other feature points:

If 200GB on a microSD card is exactly what you've been needing in your life, you'll have a chance to purchase the card sometime this spring. Don't forget your wallet - this card is set to retail for $400 at launch.