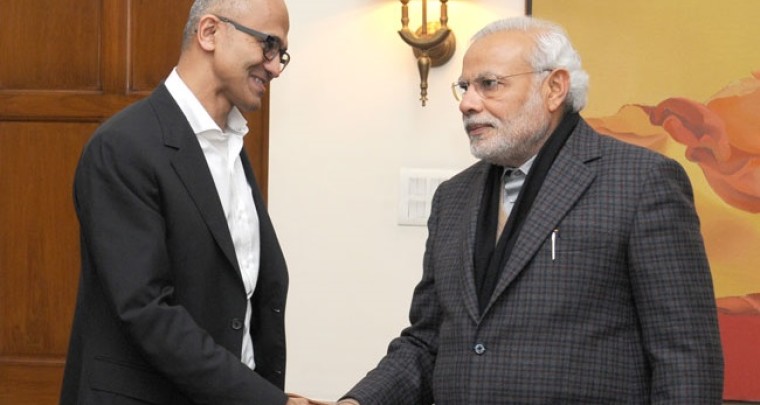 Earlier in November, Microsoft has been named the world's second most valuable brand, according to a Forbes report on earnings and business relevance. Ever since Satya Nadella took over as a CEO there has been a cultural shift in the company, with the focus going forward being repeatedly stated as "mobile-first, cloud-first".

The new strategy seems to be working well so far, and the announcement of Windows 10, along with opening an Insider Program, are showing that Microsoft's relevance will only improve in the future. Also, the new approach of releasing its products to more popular platforms first is extending its reach to the fast-growing number of mobile devices, where the company still has a low market share.

During his first visit to India since his appointment as CEO of Microsoft, Satya Nadella spent some time with his family in Hyderabad, according to a source that wishes to remain anonymous. He also met with Narendra Modi, Prime Minister of India.

Even though it was considered a personal visit, Satya said his conversation with the Prime Minister covered a lot of topics, including investments in data centers, electronic manufacturing, and partnerships with "both the Digital India and Make in India". The chief executive was also asked to address the problem of employees in India.

What do you think of the direction Microsoft is taking under Nadella?