Back in Computex 2018, AMD surprised tech enthusiasts by teasing a 32-core Ryzen Threadripper processor slated for Q3 2018 launch. With a new 12nm Zen+ architecture and a twofold increase in core count at the top end, AMD promised a huge jump from the previous generation of Threadripper processors. 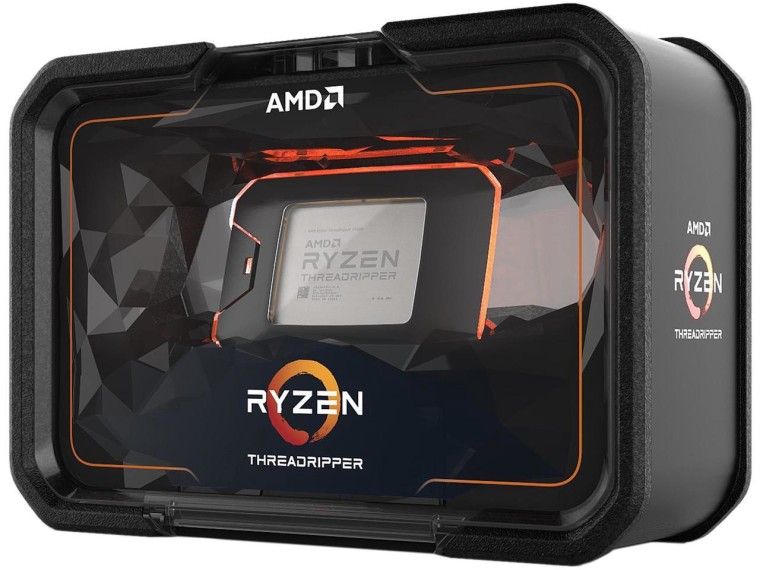 Today, AMD announced the official names, specifications, and the release dates for the next-generation Ryzen Threadripper processors. The 32-core version is called the Ryzen Threadripper 2990WX, with the 24, 16, and 12-core products named the 2970WX, 2950X, and 2920X respectively. AMD added that the new WX suffix over the X indicates that the chips are designed for "meeting creators’ demands for the ultimate desktop computing power for the most intense workloads."

In announcing the new generation of the products, AMD touted the backwards compatibility with the existing X399 platform as well as Socket TR4 used with the first generation products. Plus, all new processors provide 64 PCIe 3.0 lanes and quad-channel DDR4 memory with ECC support.

AMD also revealed that the 2990WX achieved a 5.1GHz overclock with the liquid nitrogen cooling and scored 7,618 points on Cinebench with it, beating the Intel Core i9-7980XE's result of 5,828 points under the same circumstances. Although AMD never mentioned it, Tom's Hardware pointed out that the score narrowly beats that of the 28-core Intel processor Intel forgot to mention it is overclocked which scored 7,344 with cooling support from a massive radiator.

Otherwise, tech media outlets are still tight-lipped about the rest of the metrics, with many of them, including AnandTech, promising a full review on August 13th. With AMD announcing a full demonstration of the second-generation Threadripper processor in SIGGRAPH 2018 on August 12th, we can safely assume that AMD is coordinating a big technology and performance reveal around the launch of the 2990WX.

Ryzen Threadripper 2990WX and 2950X will launch on August 13th and 31st respectively, while the other two products will launch in October. Pre-orders for the 2990WX is currently available at Amazon.com, Fry's, Micro Center, and Newegg.