If you've recently upgraded to a Windows Phone 8 device, or if you're planning to when devices become available on your favorite carrier (they hit the United States in the next week!), you'll be able to jump right in to using the Skype Preview app for Windows Phone 8. WPCentral have found the link to Skype in the Store and already installed it on their phones, but currently you can't search for it. 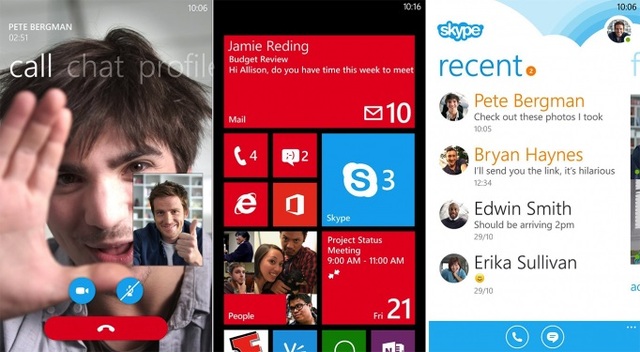 The app brings some pretty major improvements to Skype on Windows Phone, mostly thanks to the new capabilities brought in WP8 including better hardware on the phones that run it. The app runs in the background and uses very little battery life thanks to the clever way that Microsoft hosts your Skype presence in the cloud rather than on the phone, which also allows for calls to come in like a normal cellular phone call.

The new app supports full video chat which WPCentral reports is very smooth, as well as chatting, minimizing of calls and a variety of other phone-like functions. You can grab the Skype Preview for Windows Phone 8 via this link, although it may not be live for you just yet.