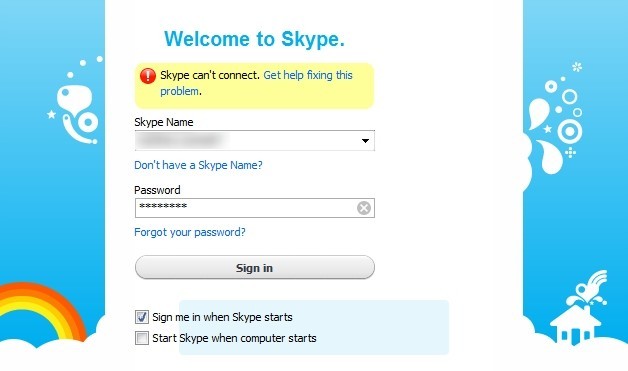 On the internet, no one can hear you scream. At least not if Skype is offline, as was the case for several hours today.

Users around the globe began reporting problems signing in to the popular VoIP software around 8AM PST, while those already signed in reported problems making or maintaining calls. Users quickly flocked to Twitter, only to have that service suffer a minor outage of its own. Ironically, Skype support staff had advised users to check the micromessaging service for updates on the global outage.

In a blog post earlier today, Skype communications lead Peter Parkes explained the outage had been caused by a shortage of ''supernodes'', which the service relies upon to keep functioning normally.

''If you want to talk to someone, and your Skype app can’t find them immediately (for example, because they’re connecting from a different location or from a different device) your computer or phone will first try to find a supernode to figure out how to reach them,'' he said.

''Under normal circumstances, there are a large number of supernodes available. Unfortunately, today, many of them were taken offline by a problem affecting some versions of Skype. As Skype relies on being able to maintain contact with supernodes, it may appear offline for some of you.''

The true scale of the Skype outage became clear a few hours later when new CEO Tony Bates told the BBC that around half the service's daily volume - about 10 million calls - had been lost.

Skype engineers had set about creating new ''mega-supernodes'' to bring the service back online, he said.

According to Skype's latest Twitter update, the service ''is now returning to normal'', though the company expects the process to take several hours. This Neowin reporter, located in Australia, was unable to sign in to Skype as of 4PM PST.

Ironically, the global outage came at a time when Skype is making a push for the enterprise market, with Mr Bates hoping to entice corporations to take up Skype in favour of traditional telephony services. The company is also reportedly preparing to raise up to US$1 billion in an initial public offering to be made sometime in 2011.