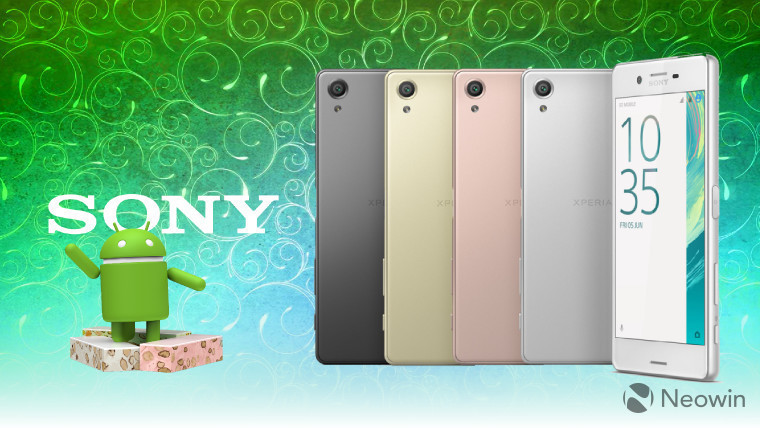 Earlier this month, Sony released a beta of Android 7.0 Nougat for some users on its Xperia Beta Program. That preview was only available for the Xperia X Performance - and now, that device has become the very first in Sony's range to receive the company's full Nougat upgrade.

As Xperia Blog reports, Android 7.0 has now started rolling out over-the-air to the Xperia X Performance (model number F8131) and X Performance Dual (F8132) in some regions. The upgrade brings the firmware build number up to 39.2.A.0.327, and includes the Android security patches for November.

During the beta program, Sony revealed a few of its own additions to the list of those that Google included in the Android 7.0 update. For example, the Japanese firm added new options to the camera app, including manual shutter speed control and manual ISO control when taking full-resolution photos. As you would expect, the update comes with various bug fixes too, as well as improved touch sensitivity.

In August, Sony announced the full list of devices that it will upgrade to Android 7.0 Nougat, but while the update has now started to roll out to the X Performance, the company hasn't yet revealed a comprehensive schedule detailing when other devices will be upgraded.

Meanwhile, Google is now preparing to release Android 7.1.1 to some of its Nexus and Pixel devices next week.