We've all noticed that Microsoft has been out and about a lot lately, and seems to be enjoying demonstrating its upcoming Xbox Kinect system. Sony also seems to have noticed all of that positive attention that Kinect's been receiving. To ensure that they aren’t forgotten in all of the Kinect-hype, Sony has launched 'PlayStation Yay Buttons' (yaybuttons.com). Spotted by the folks at Joystiq the site basically points out that Kinect isn’t going to be your tool of choice for the next instalment of COD or Halo, but we already knew that – didn’t we? 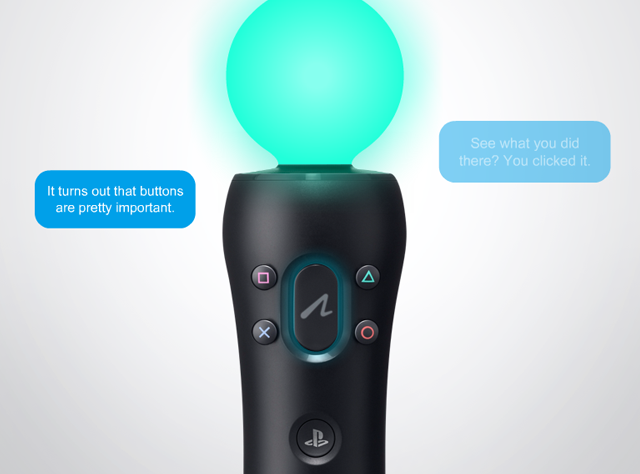 It works as follows: Press a button on the PlayStation Move’s wand, and it tells you more of its pro-button story - things such as "Could you imagine gaming without buttons?". Right Sony, my imagination is that limited. If you really want to get into it, you can even click to hear comments from Sony’s (pretend) VP of Realistic Movements, Mr Kevin Butler. He suggests things like waiting for mind-control before you enter the world of button-less gaming. Given Sony’s recent R&D efforts, that might be some time away.

Edit: In case you weren't aware, Xbox Kinect can work with a controller. Fable III, for example, will be integrating some Xbox Kinect features via a post-launch update or addon.