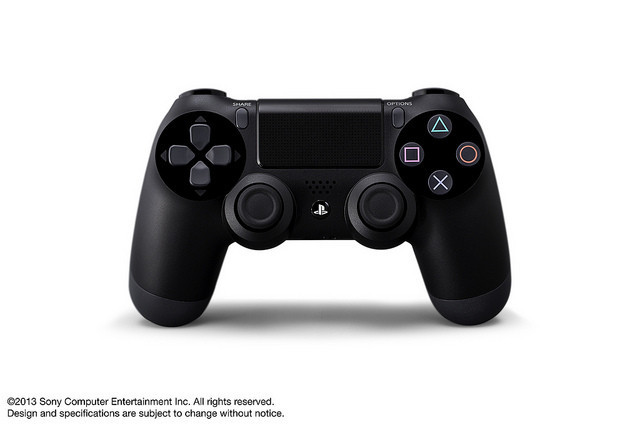 While Microsoft says Windows gamers will have to wait until sometime in 2014 to get drivers for the Xbox One controller, folks who want to plug in Sony's new DualShock 4 controller made for the PlayStation 4 will be able to use its "basic functions" out of the box.

That's the word from Sony Worldwide Studios president Shuhei Yoshida via a Twitter exchange with a fan who asked if the company would release a Windows driver for the DualShock 4. The response from Yoshida was, "The analog sticks and buttons will work just fine."

@Napo2k the analog sticks and buttons will work just fine

It's currently unknown if a Windows PC will recognize the DualShock 4 as such when it is connected. On Twitter, Yoshida said we would have to wait for a "field report after the launch" of the PS4 on Nov. 14 to find out if that is actually supported.

Microsoft indicated in August that the new hardware inside the Xbox One controller, such as the Impulse triggers, require that the company write new drivers so it will work properly on a Windows PC.

Source: Shuhei Yoshida on Twitter via Joystiq | Image via Sony