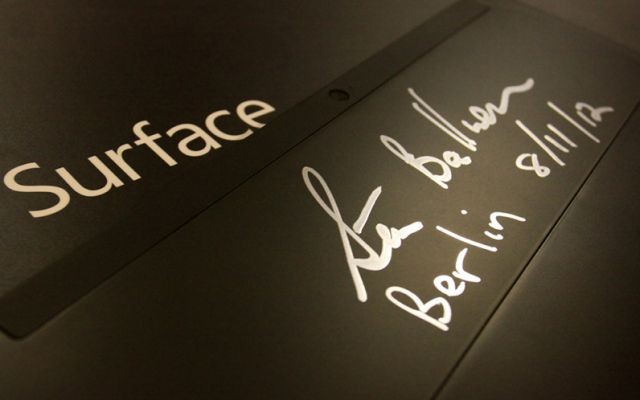 If you live in Germany and still want to get your hands on one of Microsoft's new Surface tablets, you can get a rather unique version while also helping out a worthy cause. The German eBay website is currently holding an online auction that has a Surface unit signed by Microsoft CEO Steve Ballmer.

The eBay Germany auction page has images of the signed Windows RT-based 32 GB version of the tablet. Ballmer signed the tablet when he visited Berlin for a Windows 8 developer event earlier this month, where the company gave out free Surface units to the developers who attended. 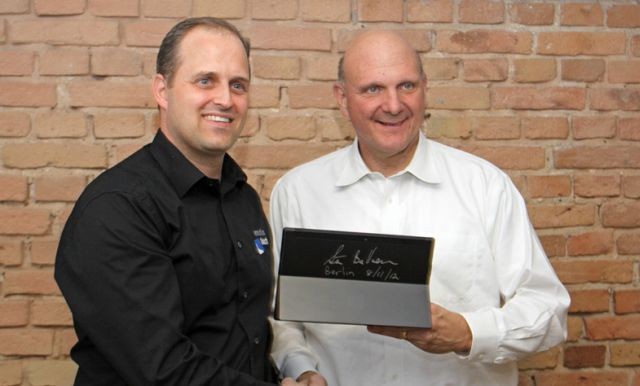 Proceeds from the sale of the signed tablet will go towards the Christmas party that's held every year for the children who are unfortunately patients at the cancer ward in the Campus Virchow-Klinikum, located in Berlin. The proceeds will go towards a Christmas party for all the kids in the facility, as well as fulfilling requests for a few lucky little Kinder who made wishes this year.

It looks like this item is only being sold and shipped to the winning bidder in Germany, so if you are outside the country, you might be out of luck. At the time of this writing the highest bid for the signed Surface tablet is 1,500 euros. The auction will close on December 5th.