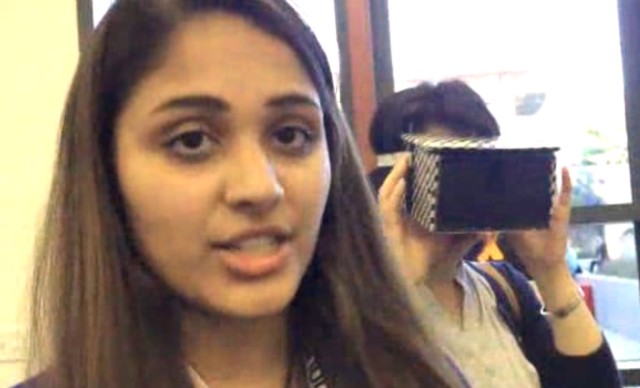 If you missed our in-depth coverage of Google Cardboard, it’s a device that converts an Android mobile phone into a virtual reality headset using inexpensive items. While this is an interesting concept on its own, what’s more interesting is how students from a Cupertino high school created a similar device almost a week prior.

The device debuted at the Entertainment Technology in the Internet Age Conference at Stanford University. The headset, dubbed Face Box, closely mimics the functions and construction of Google Cardboard. The students took common household items and constructed their own virtual reality headset.

The conference took place on June 17th, with the students demoing a working model, complete with a functional gun controller. Both of these items were paired together, completing the virtual interactive environment.

Although neither of these headsets are replacements for the Oculus Rift, it’s a different approach that shows that virtual reality can be brought to the masses in an efficient and inexpensive way. The Face Box demo from Entertainment Technology in the Internet Age Conference can be seen in the source link below.