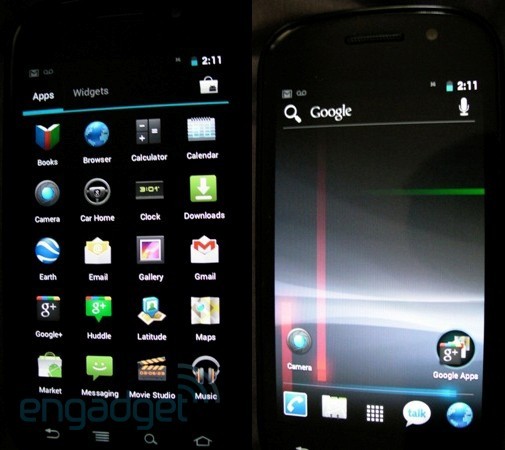 Google has been pretty silent about what will be included in its Android 4.0 operating system, otherwise known as Ice Cream Sandwich. Back in August a few screenshots of its user interface leaked out, but otherwise there hasn't been much in the way of info surrounding the next major version of the popular mobile OS. We do know that Google is targeting Android 4.0 to be released in either October or November.

Today Engagdet claims it received a video from an anonymous source showing off over two minutes of footage that shows Ice Cream Sandwich in action. The story is that this unnamed tipster bought a Samsung Nexus S smartphone on eBay. However when he received the phone he found that it was actually running a build of Android 4.0. If this is true and not some very elaborate hoax, it might mean that the phone he received was at one time in the hands of a Google employee that was testing out the new operating system.

The video itself, which you can check out right here, definitely looks a lot like the screenshots that were leaked out last month. The video shows, among other things, that pressing the home button for a long time generates a vertical menu that's similar to the tablet-only Android 3.0 operating system. There's also a new Google App icon that when pressed brings up an number of different Google online services. Again, this might all be a very convincing fake, but if true, Android users have a lot to look forward to with Ice Cream Sandwhich