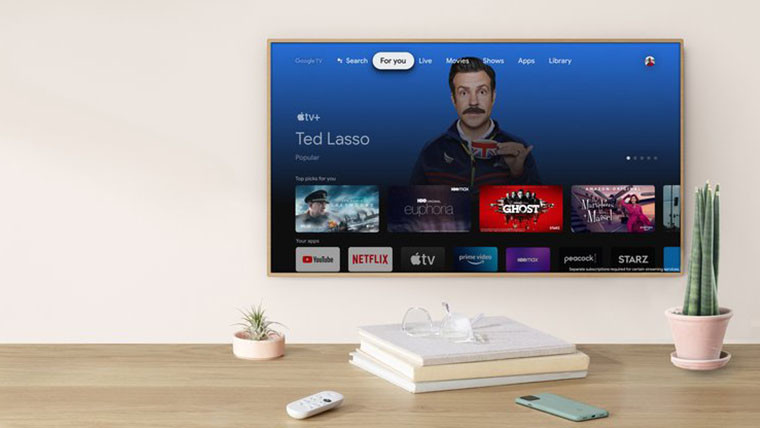 Today, Google announced that if you've got its new Chromecast with Google TV, you can now start using a new Apple TV app. It does everything that you'd expect an Apple TV app to be able to do, such as play content from your library and access content from channels that you've subscribed to, but the big selling point that Apple and Google mentioned, of course, is Apple TV+.

Apple TV+ is the company's streaming service that's filled with original content like For All Mankind, The Morning Show, Servant, Greyhound, and Palmer. The service is $4.99 per month, but many users are still accessing it for free. When Apple first introduced the service, it promised a year of it to anyone that purchased a new Apple device, and that's now extended until July.

The Cupertino firm has been focusing more and more on its services, while it's traditionally been a hardware company that only offered its services to people that bought its products. It really only expanded beyond that when it needed to, such as when iTunes was introduced on Windows or even when Apple Music arrived on Android. But now, Apple TV is becoming somewhat ubiquitous, showing up on PlayStation, Xbox, Roku, Amazon Fire TV, and smart TVs from Samsung, LG, Vizio, and Sony. And now, it's on Google TV.

If you want to check out the new app, you can get it by going to the Apps tab or the apps row in the 'For you' tab. Google's latest Chromecast is different from its predecessors since it actually has a UI, an operating system, and a remote. Previous models could only be controlled by your phone, and app vendors would simply build casting functionality into apps.