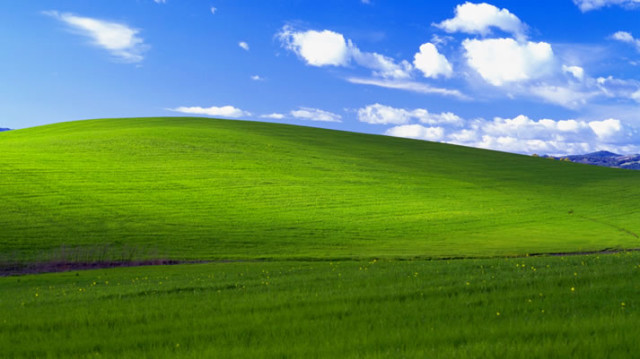 Windows XP support ends one week from today but, as we learned, the 12-year old operating system will still be used by a ton of PCs worldwide after that day has come and gone. That also means many PCs will still have the Windows XP default wallpaper, depicting a location of green rolling hills, running in the background.

But where did that idyllic view come from? As CNet Australia reports, the original photo that Microsoft used as the basis for the wallpaper was taken back in 1996 by photographer Charles O'Rear using a Mamiya RZ67 film camera. The actual location is in the wine country of Northern California (you can check out the exact spot on Bing Maps).

O'Rear sent the photo, which he titled "Bliss", to the Corbis stock image licensing company in 1999, which happens to be owned by Microsoft co-founder Bill Gates. O'Rear made no alterations to "Bliss" at all when he submitted it to the service. Later, Microsoft paid O'Rear for the rights to use the image as the Windows XP wallpaper. Both O'Rear and Microsoft won't comment on how much the company paid for "Bliss" but it is believed to be one of the largest amounts ever for a single photo.

The end result is that "Bliss" has become one of the most viewed images in the entire world. Microsoft did crop the original photo and boost the color of the green hills for its use as Windows XP wallpaper but aside from that the image looks just like the original photograph.