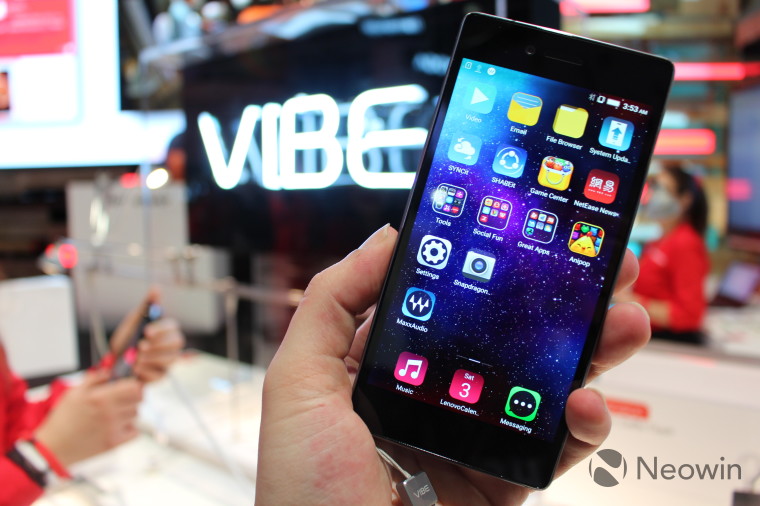 We went hands-on with the Lenovo's Vibe Shot earlier this year at MWC and found it to be a fairly interesting phone. The Vibe Shot itself is intended to be a camera first and a smartphone second, but it's still a fairly capable mid-range phone with a few interesting specs.

Aside from the 16 megapixel rear camera that has a few interesting features like OIS and triple-LED flash, some of the other specs include:

The device has finally been released in Chinar, and it has been priced very reasonably at CNY¥1799 or around USD$289. The price itself is fairly attractive, as other camera-centric smartphones like the Oppo N3 and the Vivo Xshot are priced at CNY¥3499 and CNY¥2499 respectively. This leaves the Lenovo Vibe Shot as the newest and cheapest one of the lot, making it significantly easier sell. The Snapdragon 615 is almost certainly compatible with most Western bands, so if you're interested in the smartphone you should keep a lookout for resellers who would be offering the smartphone for around $310.

The Lenovo Vibe Shot could signify an interesting turn in the smartphone world, where we start to see low-end and mid-range phones with significantly more capable camera features -- something that has historically been exclusive to the higher tier of the smartphone world.