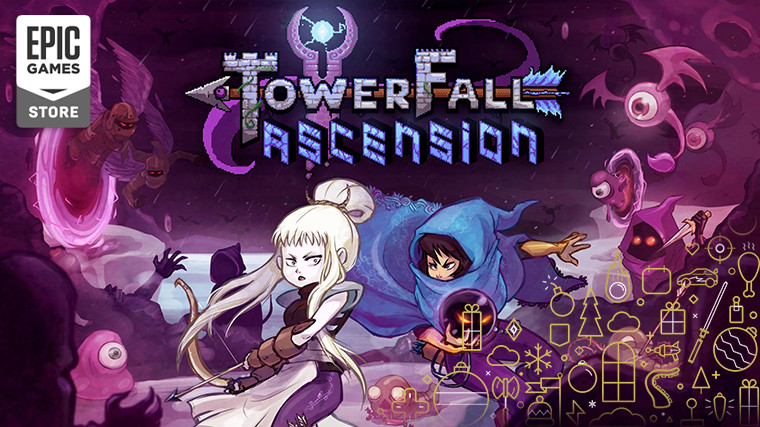 The 12 days of giveaways promotion that Epic Games kicked off yesterday is back carrying another free game, with Towerfall Ascension coming in as the title replacing Into the Breach.

It is a local multiplayer game with support for up to four players in its main mode, with the aim being to take down the other players and be the final one remaining, To complete this task in this fast-paced arena title, every player will be using their archery skills to dodge, weave, and catch opponents arrows to try and land hits on them.

TowerFall Ascension is the definitive version of the hit archery combat game. Inspired by classics from the golden age of couch multiplayer, it's a 4-player local party game centering around hilarious, intense versus matches. The core mechanics are simple and accessible, but hard to master and combat is fierce. Loot treasure chests for game-changing power-ups, master the art of catching arrows out of the air, or descend on your foes and stomp them into submission. TowerFall is best played competitively with friends, cross-legged on the floor within punching distance of each other.

The rather mild minimum requirements for the game's Windows and macOS versions can be seen below. Although a Linux edition is offered on Steam - currently discounted to $7.49 -, Epic Games Store is missing the version.

Towerfall Ascension will be free to claim on the Epic Games Store until tomorrow, December 21, at 11AM ET, with another game - quite possibly Superhot - taking its free slot then. Don't forget that the $10 coupon offer is still active on the store too, which can be applied on all games priced above $14.99, and even stacks on top of discounts.