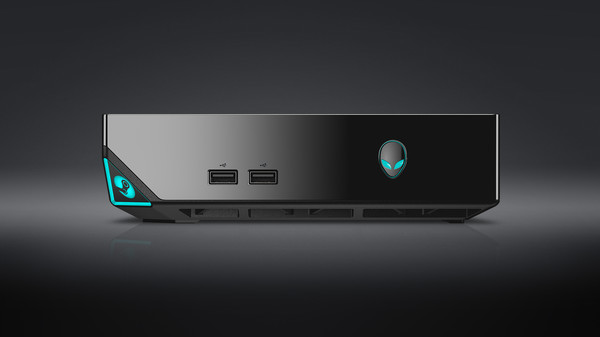 Remember the Steam Machine? After months of rumors, Valve revealed at CES 2014 that they would be partnering with numerous PC manufacturers to build a gaming PC with a controller. While news swirled that the console would arrive sometime in 2014, Valve delayed the console launch until 2015 to improve on the unique controller. Fortunately, Valve has announced that the first official Steam Machine created by Alienware will be available during the upcoming holiday season.

The Alienware Steam Machine will be available in four configurations. The base model will start at $449 USD and the highest model will retail for $749. Regardless of which system configuration is chosen, the graphics for the system will be handled by an nVidia GeForce GTX GPU w/2GB GDDR5. Although the console comes with one controller, Alienware will offer the ability to purchase an extra controller for $49. For those that would like to expand the capability of the Steam Machine, there will be a 'Steam Link' available that will stream games to any TV via the home network. If you're curious about the experience, take a look at our prototype review.

The Alienware Steam Machine is available for pre-order via GameStop. Those that pre-order early have the possibility of early delivery which should see the console arrive on October 16th. A general release and order fulfillment of the console will occur in November.