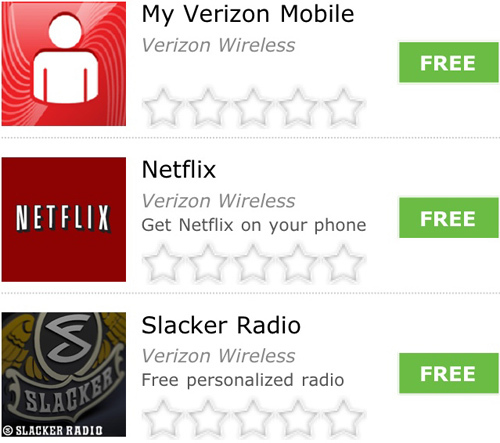 BGR, while searching though the WP7 marketplace, found a couple of apps that are used exclusively by Verizon. The apps, "My Verizon Mobile", "Netflix", and "Slacker", all appear under the Verizon umbrella and can now be found in the marketplace.

While the news isn't as shocking as an iPhone release, it's more evidence that WP7 will make its CDMA debut at CES as Microsoft continues its push of the platform. While the devices are not specified, it is widely believed that the HTC Trophy will be among the launch devices for the CDMA carrier.

For those on Verizon, your wait for WP7 is almost over, and for Microsoft, Verizon represents a huge market and an area of growth. With the carrier surpassing 93 million users, it's a market that Microsoft can use to help propel its platform.