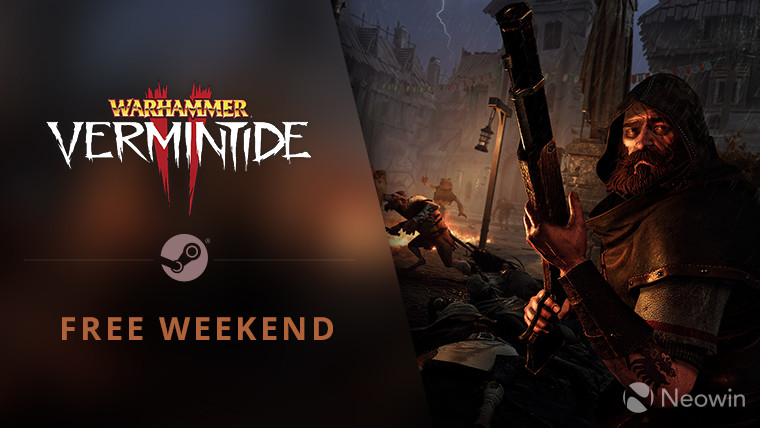 If you've been eyeing Fatshark's 2018 action game Warhammer: Vermintide 2, but weren't quite sure about actually purchasing it, the title has now gotten a free weekend on Steam.

For folks not familiar, Vermintide 2 is a first-person action game in the Warhammer universe, with a focus on co-op, and is the sequel to 2015's Warhammer: End TImes - Vermintide. You can play as one of five different characters, each with three different careers - unlocked at different character levels. There are 13 campaign missions to experience (plus two more if you have the Shadows over Bögenhafen DLC), with players fighting against the Chaos army and a rat-men species dubbed the Skaven.

In case that sounds like something you'd enjoy playing, the free weekend lasts until November 24 at 6PM UTC, which is 10AM PT or 1PM ET. On the off chance that you find the gameplay of the title appealing, there's also a 75% discount in place until November 26, bringing the price down from $29.99 to $7.49.