Humble returned with another bundle this week, bringing together games from Focus Entertainment's publishing arm.

The Legends and Visions Bundle comes with Technomancer in the $1 tier, followed by The Surge 2 and Mudrunner for $9. Heading to the next tier will set you back the bundle's average price, which is currently at around $9.20, and adds on the first Surge as well as Bound by Flame.

The final tier of the bundle costs $12 and adds on two more games, them being Vampyr and Hood: Outlaws & Legends. This bundle has around two weeks left on its expiry counter before it goes away.

At the same time, Humble has brought a more family-friendly bundle from Outright Games featuring titles like My Friend Peppa Pig and Ben 10: Power Trip too. There is also the packed Lego games bundle Humble put out last week, which offers nine games for $10. 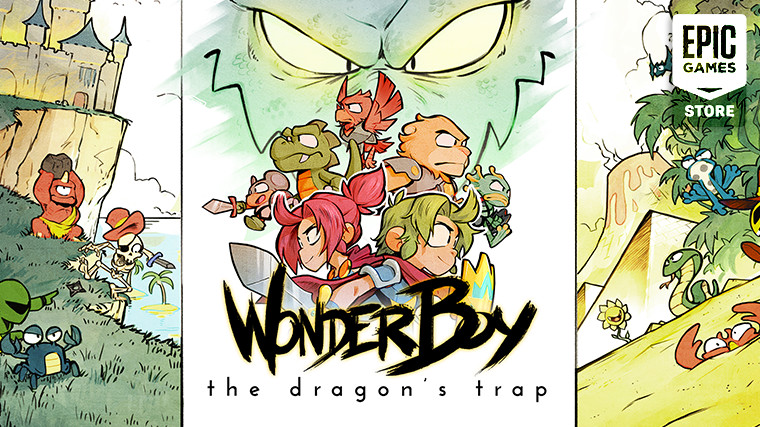 Epic Games Store this week brought out a remake of a classic platformer as its latest free game, continuing its freebie run this third year.

Wonder Boy: The Dragon's Trap is what you can claim for free this time, a remake of 1989's Wonder Boy III. While the original's gameplay and level designs have been kept intact, the developer has added hand-drawn art, fresh animations, and an orchestral soundtrack.

You can grab Wonder Boy: The Dragon's Trap until Thursday, July 21. As for what's coming next, Epic will begin giveaways for Tannenberg and Shop Titans on the same date.

Right when big sales were coming to an end, several more stores have now begun their own summer promotions. Here are highlights from those and more in our big deals list:

This weekend's DRM-free deals from the GOG store carry everything from popular classics to games you will want a friend to play with. Here are some highlights: