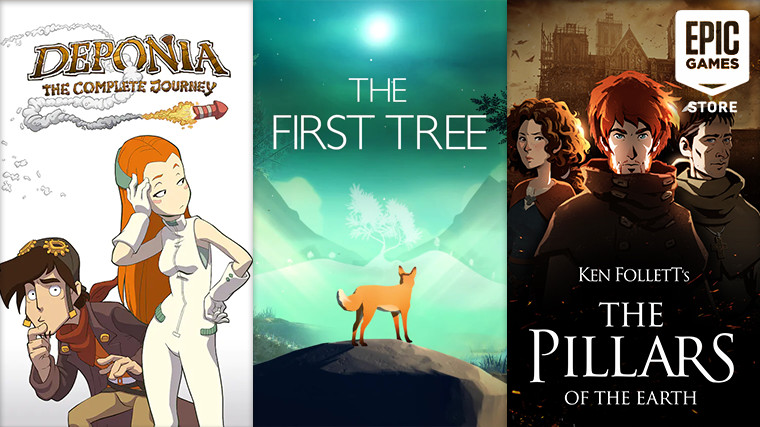 Jumping into the freebies to begin everything, Epic Games Store brought forth one of its rare triple giveaways this week, giving you access to Deponia: The Complete Journey, Ken Follett's The Pillars of the Earth, and The First Tree.

Deponia: The Complete Journey and The Pillars of the Earth are both point-and-click adventure games, but offer very different experiences. The former is a comedic series surrounding Rufus, a man trying to leave the trash planet Deponia but keeps ending up in various troubles, while the latter follows a story - based on the novel of the same name - spanning three decades surrounding a village that is attempting to build "one of the greatest cathedrals England will ever see."

The First Tree is said to be for fans of games like Firewatch and Journey, with it offering an exploration-heavy experience that follows two connected storylines: one of a fox searching for its missing family, and the other being about a son reuniting with his estranged father.

You can grab all three games for free until April 22. As for what's coming next, Epic Games is preparing another flashy giveaway, with Alien: Isolation and Hand of Fate 2 coming in to replace the current trio. 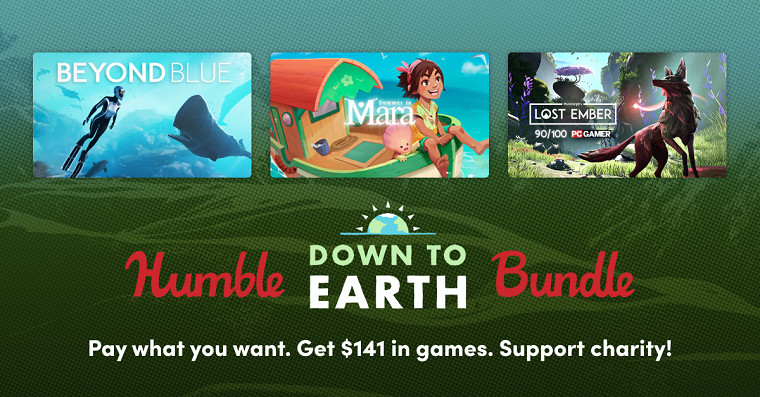 Humble this week brought in its brand new Down to Earth Bundle to give its currently sole other gaming collection, the Humble Spring VR Bundle, some company.

Focused on gaming experiences that emphasize mother nature, the Earth Day-celebrating bundle carries Yono and the Celestial Elephants and Figment in its $1 tier. The pay more than average tier currently goes for around $11.50, and that adds on ABZÛ, Never Alone, and ARIDA: Backland's Awakening to the pile.

Lastly, the third tier will cost you $14 and set you up with copies of Beyond Blue, Lost Ember, and Summer in Mara.

IO Interactive has opened up another mission for Hitman 3 Free Starter Pack players to enjoy for free. The latest addition is Landslide, a bonus mission from the first game of this trilogy that takes players to the coastal town of Sapienza.

Much like the Dubai location promotion from before, the latest mission is only available for a limited time. It is going away on April 25 and leaving only the ICA Facility and Hawke’s Bay prologue missions behind as usual. The Hitman 3 Free Starter Pack can be claimed by heading to its store page on the Epic Games Store.

We are now sailing straight into the big deals section. Plenty of Capcom games (most being combo specials) are among the highlights you will find in our list for this weekend:

Your DRM-free serving of deals this weekend from GOG carries games from its Team Effort sale and more. Check out our highlights: