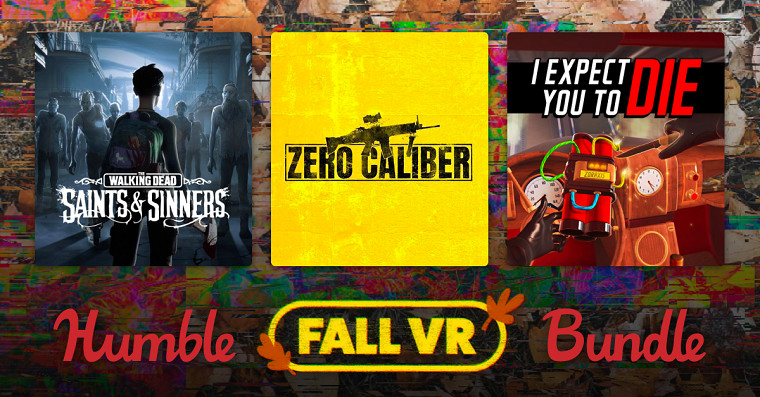 Virtual reality headset owners have a very interesting collection waiting for them at Humble this week thanks to its new four-tier Fall VR Bundle.

The $1 tier gets you three games, Archangel: Hellfire - Fully Loaded, Killing Floor Incursion, and A-Tech Cybernetic. The second tier bumps the price up to $10 and adds on just a single game, Raw Data.

This time the third tier has become the average price rung, which offers you copies of Creed: Rise to Glory and I Expect You To Die for around $15.90. Lastly, The Walking Dead: Saints & Sinners and Zero Caliber VR arrive as parts of the final tier, which will set you back $17. Once again, keep in mind that all of these titles are VR exclusive, and need a PC virtual reality headset to play through Steam.

Fanatical is back with a new bundle too, and it's another build your own collection type deal. The new Platinum Collection's three tiers come in at $9.99 for three, $15.99 for five, and $19.99 for seven games, with some of the offerings being DiRT Rally 2.0, Streets of Rogue, Grid Ultimate, Lethal League Blaze, and Call of Juarez: Gunslinger. 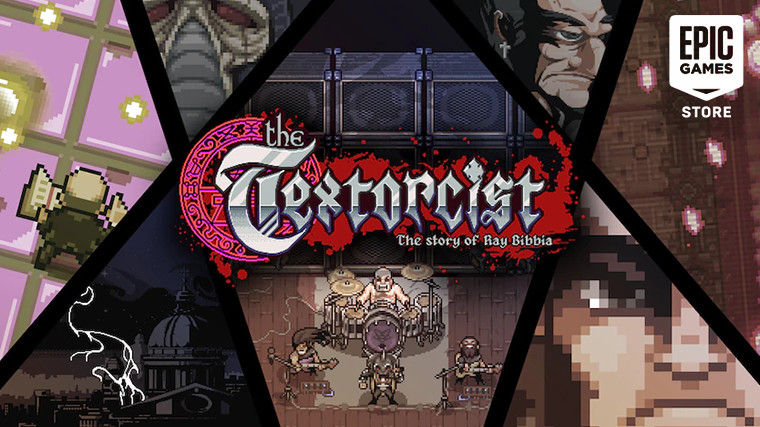 The latest weekly giveaway promotion from Epic brings in The Textorcist: The Story of Ray Bibbia, replacing the Dungeons 3 freebie from last week.

The Textorcist is a mixture of a bullet hell title and, as its name implies, a typing game, where the player takes the role of the private exorcist Ray Bibbia. The type ‘em up title will have you dodging bullets and various projectiles while typing the correct phrases that are even presented in Latin.

Epic will be replacing this giveaway with Elite Dangerous and The World Next Door less than a week from now on November 19. 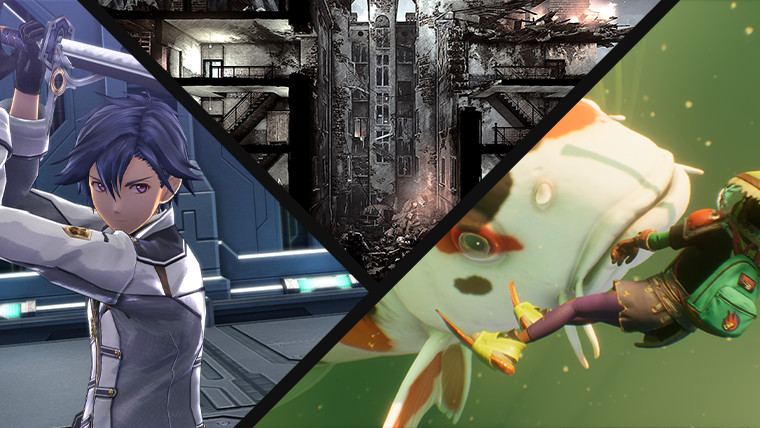 Three games are currently having free-to-play events on Steam, giving you a chance to try them out over the weekend.

First up is Obsidian's new cooperative survival game Grounded, where your character is miniaturized to the size of an ant. Also having free events are the JRPG The Legend of Heroes: Trails of Cold Steel III and This War of Mine, the atmospheric survival game that puts the focus on civilians living in a besieged city.

With the beginning of the weekend arrives a wide assortment of sales, and the biggest chunk of games having specials right now are from the fighting genre. Quite a few popular anime-related titles are featuring discounts too. Find our highlights below:

Your DRM-free serving of deals this weekend is from GOG as usual, and the store has kicked off a new Paradox Interactive sale that discounts many of the publisher's wares. Also, as a part of it, the store is currently giving away the roguelike top-down shooter Teleglitch: Die More Edition.