Being the first weekend of the month, the Humble Store already has its new monthly bundle up and running. And coming as a pleasant surprise, Blizzard's hero shooter Overwatch has been unveiled as the early unlock for the October Humble Monthly Bundle.

Forking over $12 will get you the game right now, playable via the Blizzard Battle.net client, while the rest of the bundle will be made available on October 5. Keeping the subscription going for November and December monthly bundles will also get you some additional Overwatch loot boxes to keep you company. 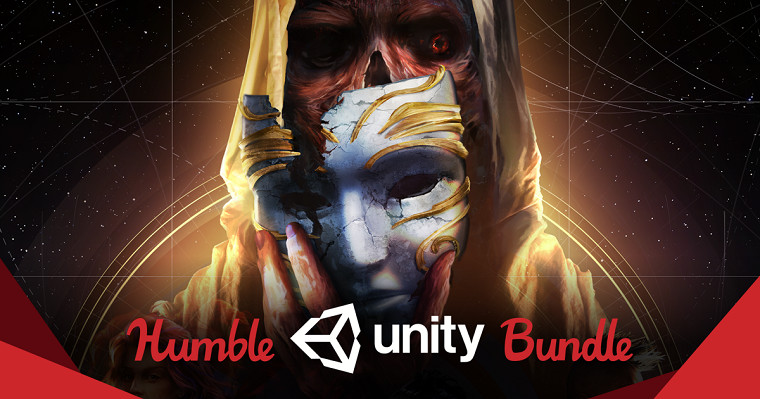 Meanwhile, Humble also has a Unity b﻿undle running right now, featuring games made using Unity as well as a selection of digital assets that can be used in the engine itself, for any interested developers.

Going over $1 will net you the games Oxenfree and AER Memories of Old, along with the store assets Inventory Pro, UFPS: Ultimate FPS, and FlowCanvas.

The pay more than the average tier, which is just over $12 at the time of writing, adds on three more games, Wasteland 2: Director's Cut, The Final Station, and Last Day of June. The asset packs Ultimate Game Music Collection, GameFlow, and Realistic Effects Pack 4 are also included.

Finally, the $15 tier includes all of the above items as well as Shadow Tactics: Blades of the Shogun and Torment: Tides of Numenera. In addition to the games, this tier also has the Discover Unity Game Development - From Zero to 12 Games course, and uMMORPG, Heroic Fantasy Creatures Full Pack Volume 1, Universal Sound FX, and the Gaia store asset packs. 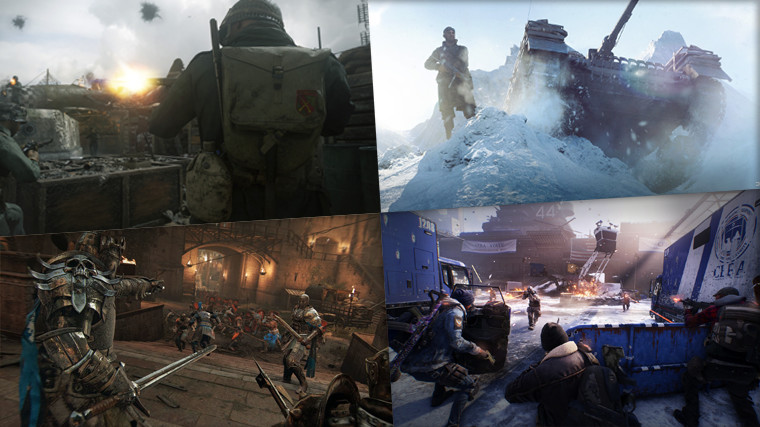 There's a very heavy list of games lined up with free events this weekend. First up is Ubisoft's popular action RPG, Tom Clancy's The Division. With a sequel set to drop next year, this may be a great opportunity for new players to try the original out and see if it's worth getting into.

If fighting games are more your style, Ubisoft has that covered as well. For Honor's upcoming free expansion, Marching Fire, is currently having an open test on Uplay where anyone can jump in and try out the old as well as the new content. This includes a new faction, a castle sieging game mode, and more.

For those who aren't bothered by a few glitches and server issues, the Battlefield V open beta could be worth getting into too. The test is slated to run until September 11 and includes a conquest map and two days of a grand operation to shoot around in. Origin is required to participate, of course.

Activision has also jumped in on the free weekend train, with Call of Duty: WWII being free to try out until Sunday, which actually could be the last game in the series to appear on Steam. The World War II shooter's multiplayer portion is completely open to everyone, but the campaign and zombie modes are locked out.

Next up we have an MMO, Black Desert Online to be specific, and the Korean title has waived its price tag for the duration of this weekend. The game is known for its visuals as well as the well-made and satisfying combat system, but be prepared for some heavy grinding.

And lastly, we arrive at Disgaea 2, a well-received PC port of a PlayStation 2 and PSP strategy JRPG. Coming in at less than a gigabyte in size, this is the easiest game to try out this weekend compared to the massive games mentioned above, and could also be a nice introduction to the genre for new players.

The Humble Store's summer sale is still in full swing as it heads into its second and final week, and don't forget you can take home a couple of free games by visiting the store daily.

Also, you can grab quite a few games at their historical lows on the Green Man Gaming store thanks to its Big In Japan sale that's running right now. Applying the code BIGINJAPAN at checkout is necessary, however, which even drops the new Monster Hunter World to $45.11.

It seems going back to school means buying even more games, at least that's according to GOG's new sale that's running right now. Hundreds of classic and new games have received discounts as part of the promotion, and some new titles have been introduced to the GOG Connect service as well.

And that's it for our pick of this weekend's PC game deals folks, and let's hope, some of you have enough self-restraint not to break the bank adding new games to your ever-enlarging backlogs. There is, of course, an enormous amount of other deals ready and waiting all over the interwebs if you comb through it hard enough, so try to keep your eyes open for those, and have a great weekend.