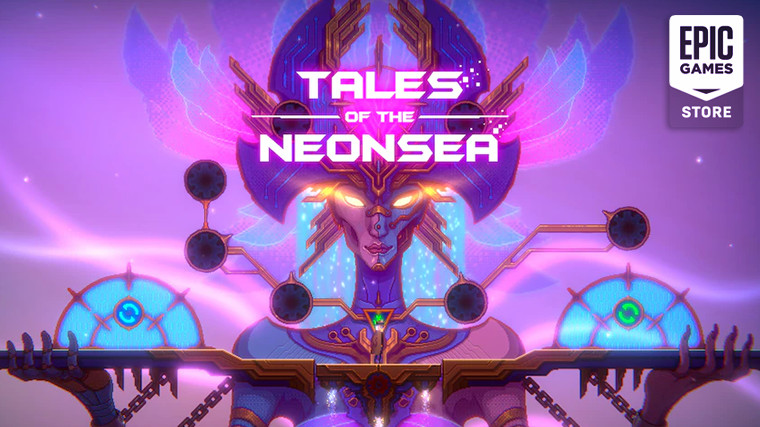 Kicking things off with giveaways, the Epic Games Store freebie this week is a copy of Tales of the Neon Sea, which takes the place of Creature in the Well from the previous promotion.

Released in 2019, Tales of the Neon Sea is a retro-styled pixel-art adventure set in a cyberpunk universe. The title has you taking the role of detective Rex as he follows a serial murder investigation surrounding a robot rebellion in this dystopian world.

This latest giveaway will continue to be available until next Thursday, April 8, which is when Epic Games will put the episodic comedy title 3 out of 10: Season Two up for grabs as the next freebie.

Also free to claim this weekend is Steel Rats, a 2.5D action platformer that utilizes motorbike combat. The giveaway is live across both Steam and GOG stores, with the promotion ending on April 4.

Bundles are next, and Humble this weekend introduced another build-your-own-collection special that's this time centered on Deep Silver-published games and DLC.

As usual, the more items you pick up, the deeper the overall discount gets. The games you can choose include Pathfinder: Kingmaker, Outward, Kingdom Come: Deliverance, Metro Redux Bundle, Saints Row III, IV, Red Faction Guerrilla Re-Mars-tered, and more.

If you're looking for even more bundles, Fantical's Platinum Collection from last week is still ongoing, and the store is also hosting a Paradox build-your-own-bundle event of its own right now. Moreover, don't forget that Humble Choice is refreshing early next week with a new selection of games. 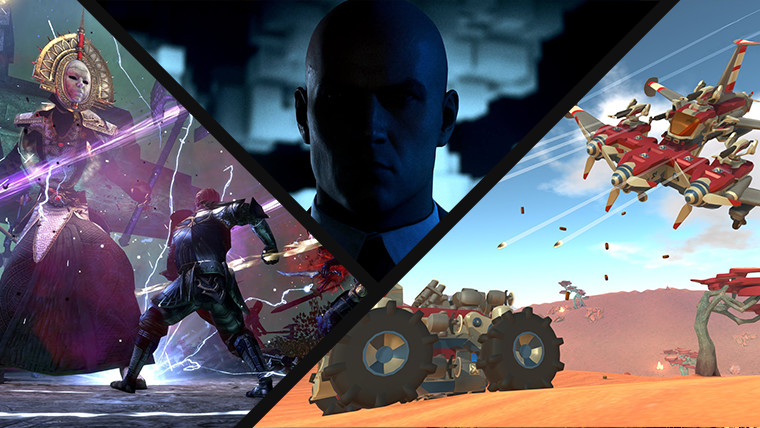 Starting off the free events this weekend is a different experience than normal.

Hitman 3 recently received a Free Starter Pack edition that lets you try out specific missions from the stealth series without needing to purchase anything. In addition to the ICA Facility and Hawke’s Bay prologue missions from the first two games, the Starter Pack is currently offering temporary access to Hitman 3's Dubai location until April 5.

Also, if you own the previous two Hitman games from IO, you may want to check out the game importing process that also works with this Starter Pack.

Moving on to the standard free events, Zenimax Online Studios' The Elder Scrolls Online is back with another one, opening up the massive MMORPG's base and Morrowind expansion content until April 13. Also hosting a free play week event is TerraTech. The open-world sandbox offers you extensive tools to design and utilize any kind of vehicle, and it has multiplayer support.

Meanwhile, the upcoming EA Originals title Knockout City is having an open beta this weekend, and you can request access through its Steam page here. The game offers a competitive dodgeball experience.

The ongoing spring promotions ramped up even further this weekend, and even the Microsoft Store joined in with its own share of specials on games and DLC. If you're an Xbox Game Pass member, keep in mind that many of these titles are already a part of the subscription.

Featuring sales from those and more, find our big deals highlights for this weekend below:

GOG store's DRM-free spring sale is now in its final stage, with the promotion slated to end on Monday. Find another small highlights list below, picked out from the over 3000 deals available on the store: