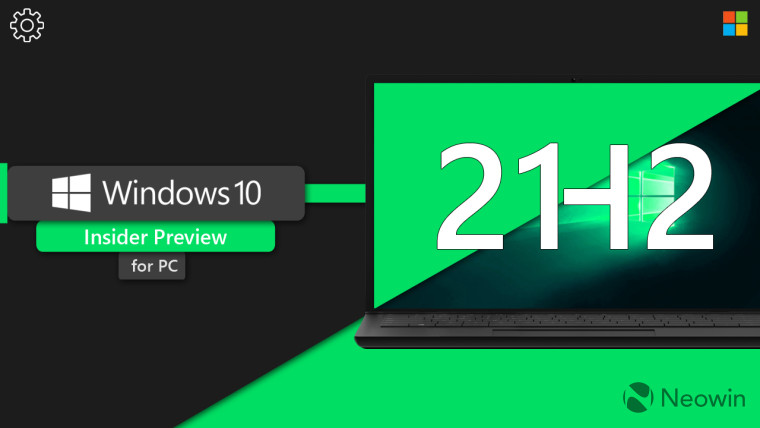 Microsoft is today releasing Windows 10 21H2 build 19044.1200 to Insiders running version 21H2 in the Release Preview ring. The build is what finally adds the promised features for 21H2, such as support for WPA3 H2E, simplified deployments without passwords through Windows Hello for businesses, and more. The build also comes with a ton of fixes, which it shares with the update rolling out for version 21H1 headed to Release Preview Insiders still running 21H1, bumping that version to build 19043.1200.

While Insiders that have originally been running Release Preview builds of versions 21H2 will receive this update automatically, those that were moved from the Beta channel to the Release Preview channel recently will receive the “seeker” experience, meaning that they will be served the update only if they check for updates manually. However, the update will eventually make it to all Insiders before heading to consumers later this year.

The reason that the update packages for Windows 10 versions 21H1 and 21H2 are identical (KB5005101) is that version 21H2 is just an enablement package, the way 21H1 was for versions 20H2. While the changelog for build 19044.1200 includes the new features, those features will also be added to version 21H1, but in a dormant state. When users receive the October 2021 Update, the enablement package, as the name suggests, enables these features. This means that builds released for versions 2004 and 20H2 will also contain these features since the last four versions are built on the same codebase.

With that explanation out of the way, here are the features being added for 21H2 users:

There are a bunch of bug fixes being made to the OS. These fixes will make their way to Windows 10 versions 2004, 20H2, and 21H1 users as an optional update sometime later this month, before being added to the Patch Tuesday updates next month. Here is the complete list of fixes:

There is one known issue that the firm has listed in the changelog. This relates to the Windows Update settings page for optional updates, which has a simple workaround. Here is the known issue:

As mentioned, these updates are rolling out through Windows Update for Release Preview channel users, with the new features only applicable to those running versions 21H2. Microsoft will also release an LTSC version based on version 21H2 later this year, which might align with the release of Windows 10 version 21H2.