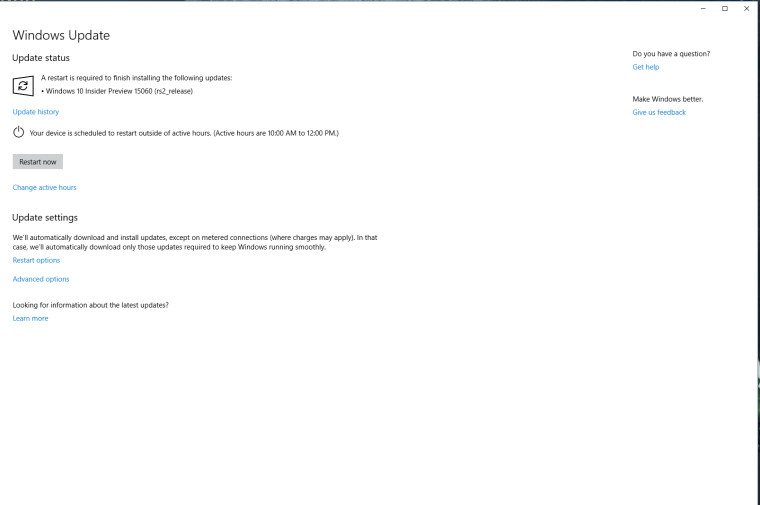 Following build 15058, some changes to the language in the Windows Update settings indicate that Microsoft may be returning to the era of automatic updates, at least for some fixes, with the Creators Update.

Much to the chagrin of users, Windows 10 had, after its release, become notorious for pushing updates without the knowledge of the user, in some cases costing individuals and businesses significant charges with respect to metered connections. Following these, and other complaints, Microsoft finally made the settings for restricting update downloads over metered connections more visible and also allowed Ethernet connections to be set as metered, allowing users to use this as a workaround for Windows 10's propensity for automatic updates. However, with Build 15058 pushed earlier this week, Microsoft changed the language of the Windows update tab in the settings page to the following:

That last sentence would indicate that Microsoft will, for select updates, choose to ignore your preference for no updates over metered connections and push updates automatically. Given the hefty charges associated with metered connection, there are, of course, valid concerns over this being particularly costly to users. To that effect, Microsoft has released the following statement:

We don’t plan to send large updates over metered connections, but could use this for critical fixes if needed in the future.

No clarifications were given, however, on the approximate bandwidth these 'crucial fixes' and 'updates required to keep Windows running smoothly' will take, and this is unlikely to assuage those concerns about data costs running wild, especially given the fact that data charges can be significantly higher in some countries compared to others.