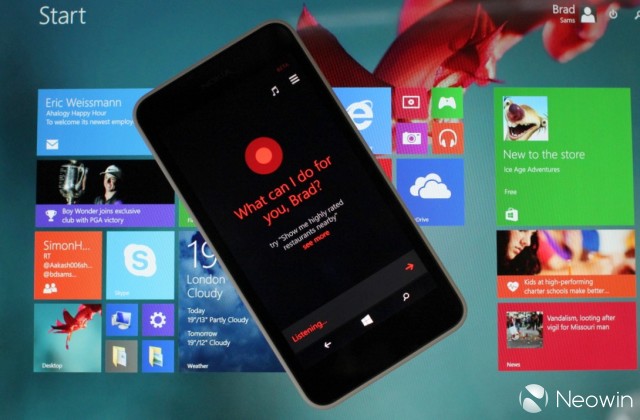 Over the past few weeks, Neowin has been slowly uncovering Windows Threshold with tidbits about its distinctive new interface, virtual desktops, Charms bar overhaul and now we are learning a little bit more about Cortana.

Previously, we had mentioned that Cortana was up and running inside of Windows Threshold, and that was true, but the good news here is that Cortana has ‘graduated’, if you want to call it that, from engineering builds to a more stable release cycle. What this means is that Cortana is no longer in the phase where it is ‘let us see if this works’ to a ‘let us push this forward and see if we can ship it’ stage. While it is still early in development, Cortana’s performance on the desktop is improving and looks to be targeted for inclusion of the final release. Obviously at this point, it could still be cut, but the first big hurdle has been overcome.

But how does Cortana work? As of right now, Cortana is an app; it’s a simple app that opens up the personal digital assistant where you can then either type in your question or ask verbally inside a smallish window. It's not a full screen experience like you see on Windows Phone.

The app itself currently looks similar to that of Windows Phone, but takes up roughly 25% of your display with Cortana being in the center; Cortana maintains her circle shape and is animated too.

Cortana is expected to integrate into the OS as well, much like she does on Windows Phone, but at this time the deep integration into Windows Threshold is slim but there are plenty of time for improvements.

The cool thing about Cortana is that since Microsoft is updating her functionality so frequently, those features are also included in the desktop version as well. Microsoft has already said that Cortana will be updated at least twice a month which means that by the time Threshold launches, Cortana will be significantly more robust than today.

In other Threshold news, builds are becoming more stable as well, certainly not release or even ‘preview’ caliber, but they are making solid progress. Considering how quickly builds are being pumped out and the progress that is being made, a ‘preview’ release later this year certainly seems plausible.