Earlier this year, Microsoft announced that the Start Menu would be coming back, saying it would be made available to all Windows 8.1 users as an update. Well, with indications that the "August Update" will not include the Start Menu, all reports are now pointing to the Start Menu's return in Windows 9 (Threshold).

You can watch the announcement with the video above, but the idea certainly seems plausible that Microsoft could make Windows 9 free for Windows 8 users to keep with its promise that the Start menu would arrive as an update. Besides, the target for Windows 9 will not be Windows 8 users, it will be for those who are still on Windows 7 and Windows XP, which account for about 75 percent of the install base of Windows users, according to Net Applications. 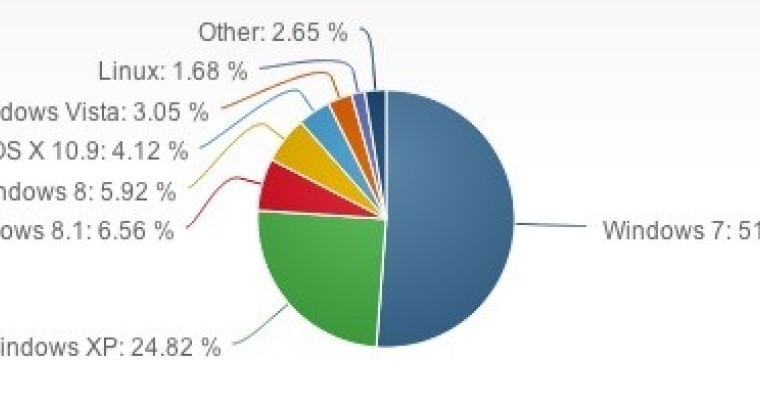 Additionally, we have heard that Microsoft is trying to blend the Windows 7 and 8 experiences with Windows 9 for exactly that reason: to get those on Windows 7 and XP to finally upgrade. Microsoft is concerned that Windows 7 will become the next XP and does not want to get into another situation where they have to extend the support timeline for the OS so that slow-moving businesses can move from the platform.

By going back to its roots and making the desktop the center of the Windows experience, Microsoft will be re-targeting users who did not find Windows 8 appealing with the hope of getting them to upgrade to Windows 9 and bypassing Windows 8. The question will be is if Microsoft can execute the feature set well enough in Windows 9 to entice those who are living with Windows 7 because it is "good enough" and they see no reason to upgrade.

Microsoft has already shown that it will give away Windows for free for devices with screens smaller than 9 inches and reduced the cost for OEMs with a Bing version of Windows, so the idea is not that far fetched.

It was said before that the Start Menu was actually targeted to be released with the second update, but that it was pulled a few months ago. This would align to Microsoft's comments where they said it would arrive in an update but seeing as that this appears to be no longer true, we will be curious to see if they do charge for Windows 9, how they will backtrack on these statements.