It appears that Valve is not done yet with ensuring their games will run on all major operating systems on the PC platform. With the public release of their Mac OS X Steam client and some of their games ported to OS X next Wednesday, they will now focus on doing more of the same to Linux.

Following this discovery, Phoronix writer Michael Larabel found more references to Linux inside the Steam client binary, as well as a text file on Steam's servers. On Saturday, a Phoronix reader provided a screenshot of the unfinished Steam client running natively in Ubuntu: 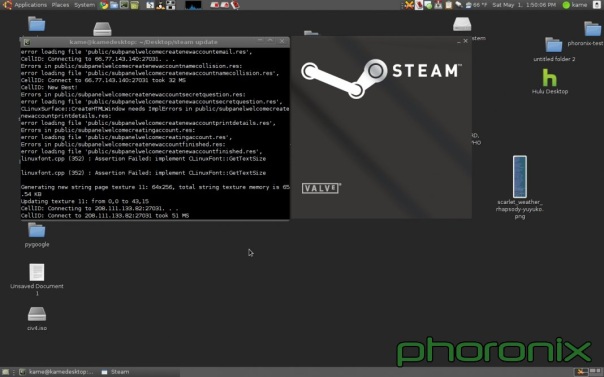 Linux environments are currently used to run game servers for Source-based games such as Counter-strike Source, Team Fortress 2, and the Left 4 Dead series. But sometime this year or perhaps the next, they will soon serve all PC gamers as clients, whether they run Windows, Mac OS X, or Linux.