While Microsoft and its fans might have been celebrating after a successful E3, things haven't been going too well in Japan recently. According to data from Media Create, just one hundred units of the Xbox One were sold in the country during the week June 8-14. 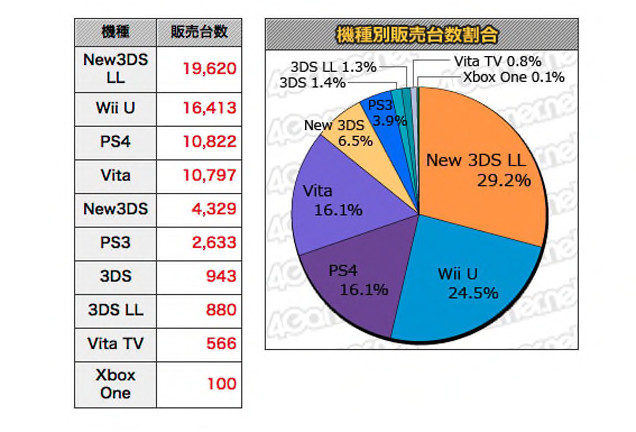 From the figures above, it seems home consoles aren't exactly popular in Japan, but considering that the Xbox One launched there nearly nine months ago, the extremely low sales in a country with a population of 120 million is pretty dismal.

With that being said, weak performance in Japan isn't exactly new for Microsoft; a previous head of Xbox sales in Japan had to resign from his position following poor sales in the country. Microsoft sold 23,562 units in the first four days after launch, just 1,314 consoles in its third week, and down to a hundred consoles this week, clearly indicating an increasing disinterest in the company's console from the Japanese audience.

Moreover, Microsoft is also facing stiff competition from its local rival, Sony. The Playstation 4 still managed to hold a respectable position in Japan last week, accounting for 16.1% of console sales. According to data from last year, it even managed to sell 322,000 Playstation 4 units in Japan just two days after launch; which is nearly 15 times more than Microsoft's console in half the time. This consequently leads to a question for Microsoft: is selling their console in Japan worth the effort?