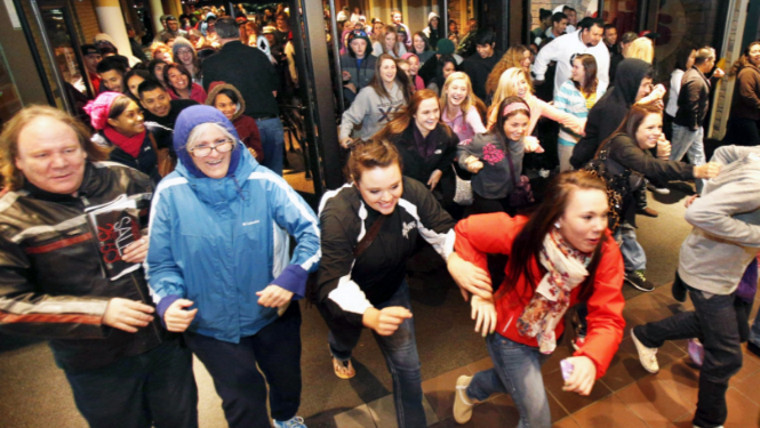 Lots of Black Friday deals aren't as good as they seem in the UK, according to a report by the consumer association Which? that studied the prices of some items from last year's event.

Which? says that a number of goods could be found to be cheaper than they were sold on Black Friday on a number of days throughout the year, before and after the event. Its report states that 60% of the Black Friday prices on certain items weren't the lowest of the year and that they could be found for the same or even lower prices on other days in the year. For almost half of the deals if the customer had just waited a few weeks until December, they would have paid the same price or even less.

Which? based their research on 35 popular tech, home, and personal care products that were on sale on Black Friday in 2016. They kept tabs on what the price of these items were six months before Black Friday and six months after Black Friday.

Of the items tracked, twenty-two were from Curry's/PC World, twelve were from Argos, and one was from Amazon. Each of these retailers sold goods on Black Friday for prices that actually had been or would be lower on other days in the year, but here are two examples from the Which? report:

The Neff Slide & Hide B44S32N5GB single oven was sold for £494.99 at Currys/PC World on Black Friday 2016. This sounded like a good deal, as the advert claimed that it cost £599.99 throughout September and most of October. But just three weeks later, the oven was sold for £45 less. It was actually cheaper than the Black Friday price for at least 113 other days of the year.

Which? only did this report on some UK retailers, so it is not clear whether prices in other countries might follow the same patterns, but even if they do, that still means that this one-day event in the year is where 40% of these deals are the cheapest time to buy certain goods.

Black Friday and Cyber Monday are now global events where consumers can get deals on anything from gaming to agricultural products and this report from Which? is useful to remind people to make sure that they do their research on pricings before they commit themselves to a wrestling match over a television or a boxing match over a Barbie.

Source: Which? | Image from Brian Davies/AP