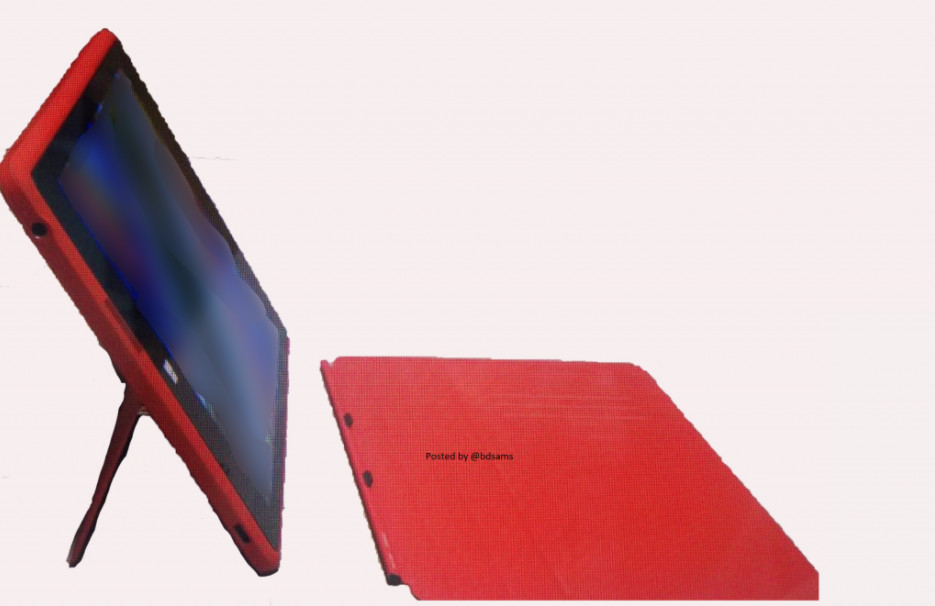 Although it was supposed to make its debut in 2014, the Surface Mini was reportedly pulled from an unveiling event at the very last minute because "it wouldn't be a hit". Although it is a shame that we never got to see it in its official form, images released early this morning gave us a decent look at the canceled device.

Now that the cat is out of the bag, it appears that others are chiming in with their images, along with Brad Sams of Thurrott.com and Petri. Sams offers a different image of the device, one that shows off the Mini in a bright red motif. Sams gives us a look at a cover, which surrounds the external portion of the tablet and also allows it to have a kickstand. There is also a second attachment that looks to connect magnetically and is probably meant to protect the display of the device when stored.

As for other specifications, the Mini was powered by Qualcomm's Snapdragon 800 processor with 1GB RAM and ran Windows RT. It offered 32GB of storage, a microSD card slot for memory expansion, a headphone jack, and a microUSB port for charging that supports USB On-The-Go. Unsurprisingly, the Mini also featured support for a Surface Pen.

While this device will never pop up at a retail store, it is nice to finally get a good look at it, after years and years of rumors.