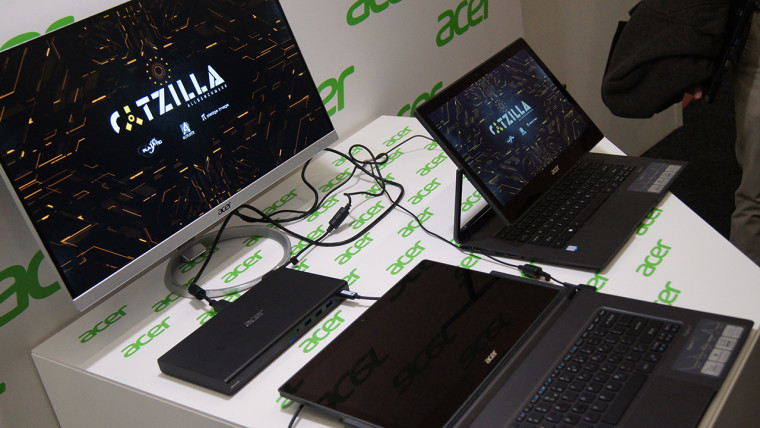 Acer has demonstrated the graphics dock using its Acer Switch 12 S convertible laptop which is running an Intel Core M processor. Initial benchmarks in 3DMark11 show a score of 940 without the mobile graphics dock and 4048 with the dock plugged in. The potential for future devices using Thunderbolt 3 for mobile graphics looks to be promising.

Other computing devices, such as the Razer Blade Stealth, have already promised to include the capabilities of a full desktop graphics card via Thunderbolt 3. While Acer's graphics dock only houses a NVIDIA GTX 960M, it does this in a thin form factor that makes it a great portable solution.

North American pricing is yet to be revealed, but reports state that it will retail for approximately 300 Euros, although there is no news in regards to a release date.