As the AMD keynote at Computex 2022 nears, leaks about some of the upcoming product announcements have been trickling out with a steady flow. Over the last few days, we learned about a new class of chipset dubbed "X670E" which will be superseding the X670 that has generally been the flagship. Additionally there has been more confirmation of a dual-chipset design for X670E and X670 Socket AM5 boards which may help in better signal integrity and conditioning, easier cooling, among other things.

And with the announcement now less than a day away, today we have information about the final piece of the puzzle, the Zen 4-based Ryzen 7000 series CPUs themselves, courtesy of VideoCardz.

According to the report, AMD's Zen 4 CPUs are allegedly going to feature a 15% instructions per cycle (IPC) bump. This is lower than earlier leaked numbers that have suggested an 18% IPC improvement. However, just like the previous report, the frame of reference of comparison isn't available here which means it's not confirmed what the 15% gain is being compared to. The 15% IPC could be against Zen 3 (Ryzen 5000), Zen 3+ (Ryzen 6000) or Zen3D (Ryzen 7 5800X3D). The L2 cache size has also been doubled.

The chip package will consist of two 5nm Zen 4 core chiplets and a 6nm IO die. Interestingly, the report suggests that RDNA 2 integrated graphics will also be present on-board, which is a little strange as AMD has generally launched non-APU desktop parts first. The Ryzen 7000 Raphael CPUs are slated for launch "this fall". 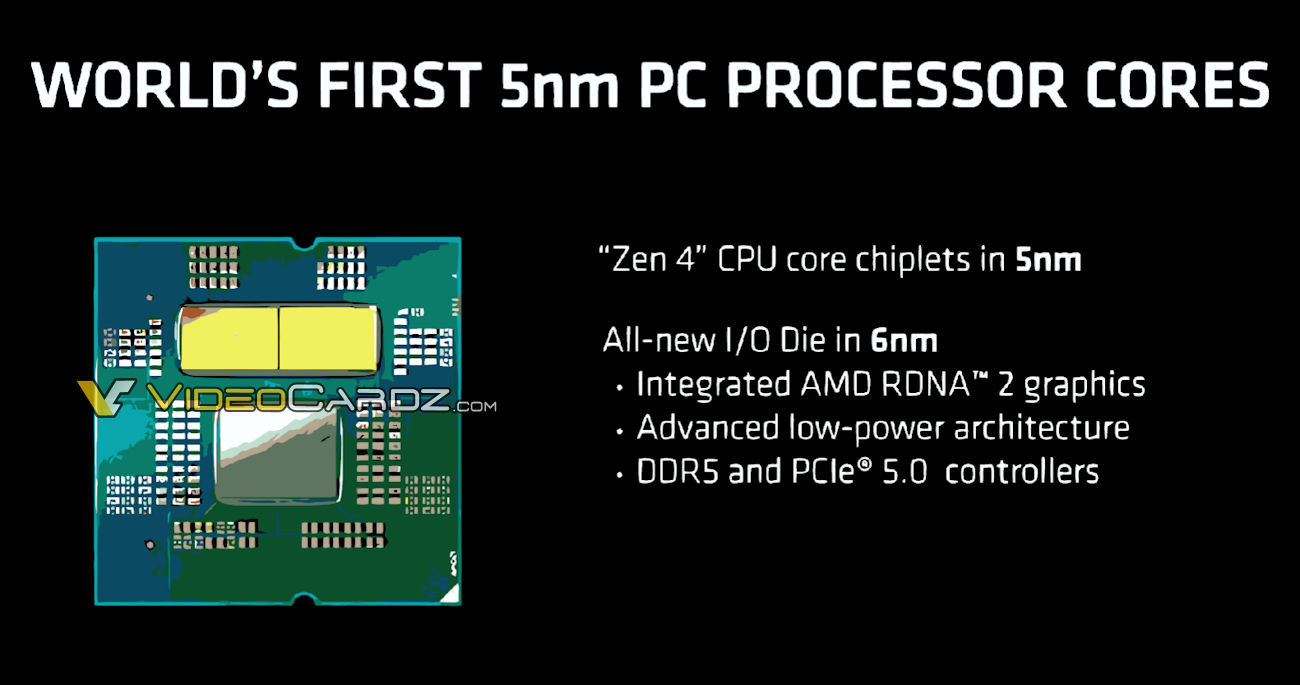 Also with Ryzen 7000 series, AMD will be pushing clock frequencies past 5GHz for the first time with Ryzen. Apparently AM5 is designed to take upto 170W TDP processors and this could be one of the reasons why AMD has designed its new X670E chipset. However, the report notes that 170W SKUs aren't mentioned for the upcoming Ryzen 7000 CPUs so it may be a while before we see such a behemoth as AM5, just like AM4, will probably be a multi-generation platform.