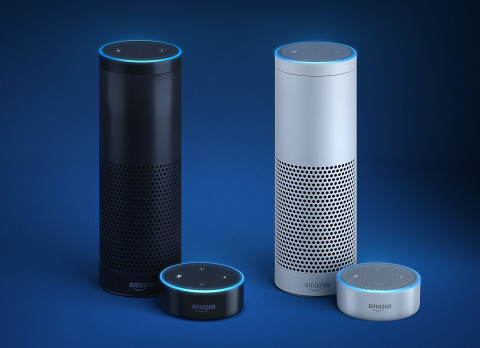 Amazon had quite a bit of news about its Echo products today. The firm announced new hardware, along with news that the products would be coming to the UK and Germany.

The most notable feature of the second generation Echo Dot is its price, which comes in at $49.99, a considerable drop from the last generation model's $89.99 price tag. The new device will also feature a more compact design than its predecessor, along with a white model, as you can see from the image.

Speaking of white variants, you can also get an Echo with the same color. It's not a new model, however, as it has the same internals as the black one. The white model will launch this fall, which to be clear, could mean anything between a week and three months from now.

As Amazon did with its Fire tablet (which was the same price), it's selling the Echo Dots in six-packs as well, with its standard "buy five, get one free" deal. There's also a twelve-pack, which will get you two free.

We've reached out to Amazon to ask if Alexa will be coming to any other products in the UK and Germany, and when users can expect that.