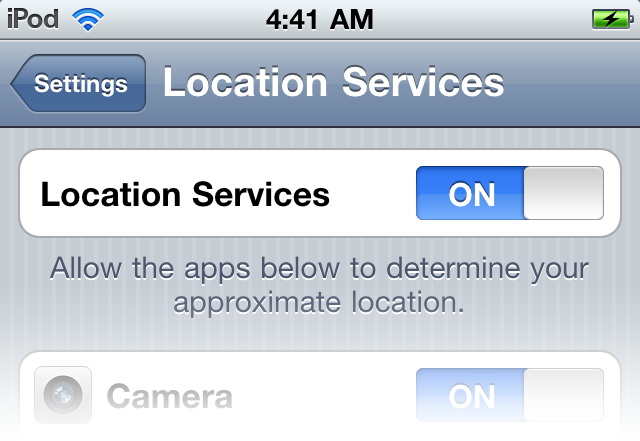 Apple may have addressed the concerns of its customers by offering to completely purge the device's location cache if you choose to disable Location Services in iOS 4.3.3, but the company and its fellow competitor, Google, is still facing further questioning at the United States Senate privacy hearing. The two companies were joined by - not surprisingly - Facebook.

The two companies were quick to reiterate their intentions of how they manage and use location data, according to Electronista. Apple's vice-president of government affairs, Catherine Novelli, stated that "Apple does not track users' locations. Apple has never done so and has no plans to ever do so." Apple continues to maintain the combination of Wi-Fi hotspots, cellular towers, and GPS is there for improved accuracy, not for Big Brother purposes.

While Google's director of public policy, Alan Davidson, pointed out that like Apple, Android's location sharing is also opt-in, he pointed out that Google had little control over how third-party applications access personal and location information on the device. Unlike Apple, Google does not have a single store whereby they can enforce strict control over the behavior of Android applications.

In the meantime, senators continue to voice their concerns over mobile privacy, including Sen. John "Jay" Rockefeller IV (D-West Virginia) who believes that mobile applications should not be "totally unregulated," and had plans to enact an anti-online tracking law. Sen. Mark Pryor (D-Arkansas) also commented on the legitimacy of geotracking as a whole.