It's been a year since BBC iPlayer launched on Windows Phone, and today, the Corporation rolled out a major update to the app, bringing some long-awaited new features - but also dropping one major element in the process.

The changes to the app reflect those made to iPlayer on the BBC website, with a focus on improved discovery of programming, along with enhanced navigation and design elements that more closely resemble iPlayer online. The improvements are not all cosmetic though, as the latest version of the app introduces a variable bitrate media player, which adapts to the user's connection speed to deliver the optimum viewing experience. 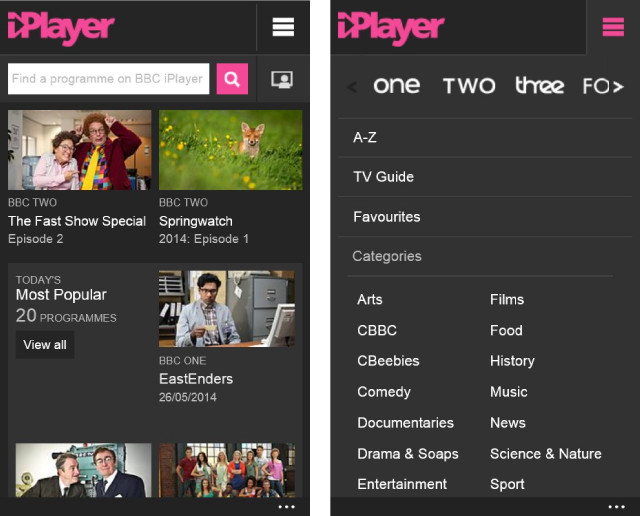 Perhaps the most exciting new feature in the app is the addition of live TV, allowing viewers to watch the Beeb's UK TV channels anywhere, although Live Restart - which allows users to stream a channel from up to two hours earlier - is not yet available. Another very welcome addition is that of subtitles, an important feature for those with hearing difficulties. The app also offers landscape support throughout - not just on the program playback view.

However, with this new update, support for radio content has been removed completely. The BBC's Navin Nair says that "this was a difficult decision, but it allows us to focus on offering the best TV viewing experience in iPlayer." Acknowledging that this "leaves some without a way to enjoy radio content", Nair does offer some consolation: "The iPlayer Radio team are currently working on a similar app with an optimised listening experience, so stay tuned for more news on this." 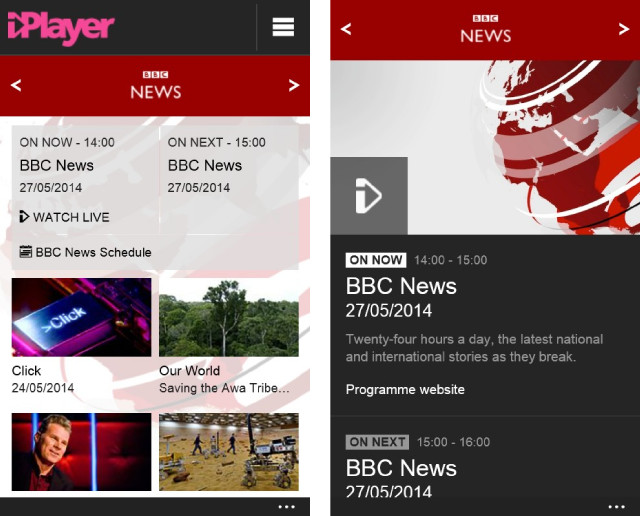 Nair adds that "this update is far more stable and is expected to work with a wider range of Windows Phones. We know this was one of the main gripes with the original app and we're keen to do more for a steadily growing user base."

With Windows Phone market share in the UK at around 10%, the BBC will be waiting to see the number of users with WP handsets increase further before it commits more resources to developing the app: "We would love to add features like downloads once the market share increases to the point we can justify the additional development and infrastructure costs." 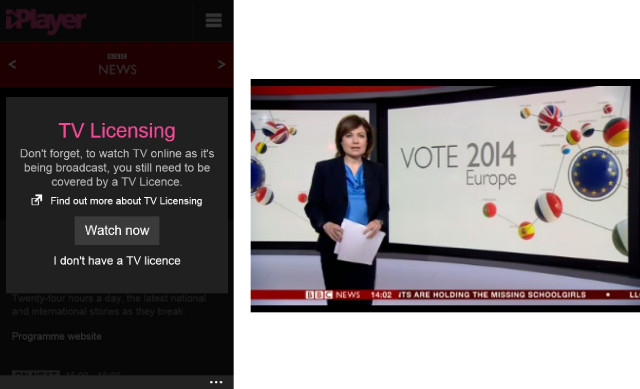 The BBC iPlayer app remains exclusive to the UK, and don't forget that you'll need a TV Licence in order to legally watch live TV on your phone.