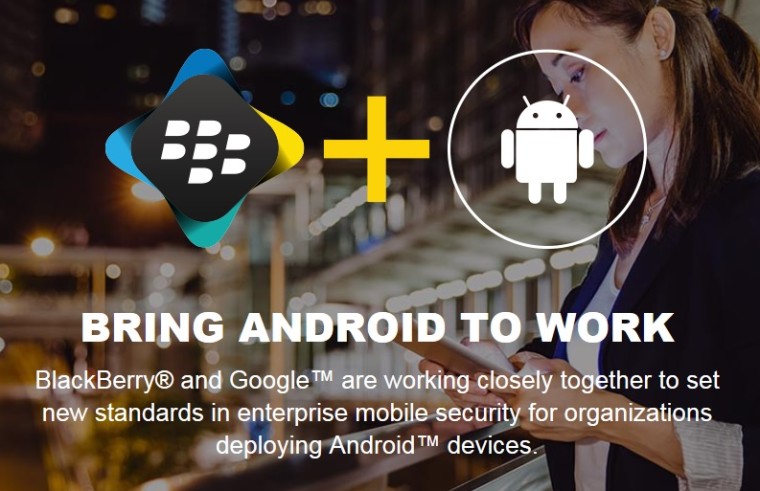 BlackBerry and Google have entered into a partnership to improve the enterprise security features of Android and develop better device management for the platform.

It hasn't been long since the leak of an Android powered smartphone from BlackBerry and now we have news that the company has formed a partnership with Google to improve Android's security features.

According to the BlackBerry microsite dedicated to Android, the company will be working closely with Google in various areas related to the operating system such as security, deployment and device management.

BlackBerry's premier BES12 software already supports Android Lollipop but now the company has rolled out new features to the suite for providing increased security for the enterprise and personal data, support for hardware based encryption and tight integration with Google Play for Work. These features are expected to facilitate smoother management of Android devices deployed by businesses.

There isn't a lot of information available about the partnership between the two companies at the moment but BlackBerry will be making another announcement soon.