Microsoft's communications surrounding its Windows 10 Mobile upgrade have been a hot mess somewhat confusing. First it said that it planned to upgrade all Lumia Windows Phone 8 devices, then later said it would upgrade all Windows Phone 8.1 devices - but many WP8 and WP8.1 devices didn't make it onto its final list of officially supported devices.

Right up until the day of its upgrade announcement last week, its website continued to state that several Lumia devices - which it had previously confirmed would get Windows 10 Mobile - would be "first" to upgrade, before later stating that there will be "no second wave" of updates.

The frustrations of many Windows Phone users have been fuelled by similarly confusing messaging from Microsoft's partners. HTC, for example, promised a year ago that it would upgrade its One M8 to Windows 10 Mobile, but Microsoft now says that it won't. Things have been similarly contradictory when it comes to the BLU Win JR LTE. 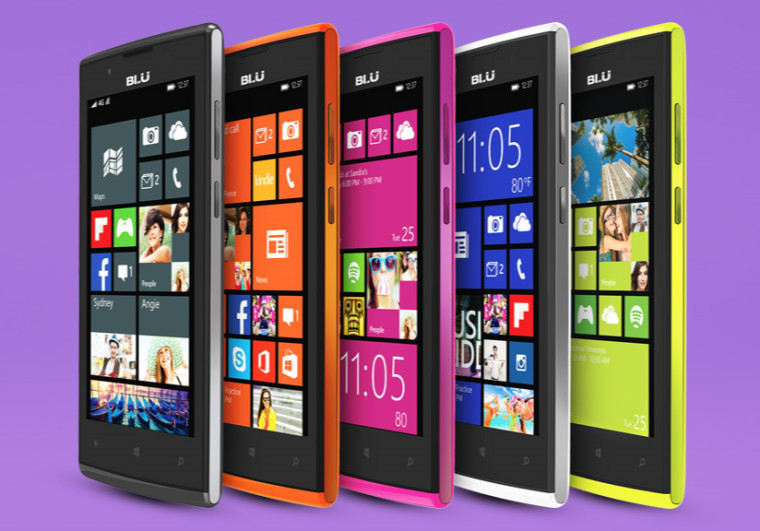 While BLU's Win HD LTE is on the official upgrade list, the Win JR LTE is not - and for a very good reason. The device only has 4GB of onboard storage, and Microsoft's own documentation revealed in late August that handsets with such a small amount of storage would not be able to upgrade to the new OS.

Nonetheless, both Microsoft and BLU continued to market and sell the device as being eligible for upgrade to Windows 10 Mobile. In fact, as one Reddit user pointed out, Microsoft was still selling the Win JR LTE as "upgradeable to Windows 10 Mobile when available" on its own Store site, even after it had made its upgrade announcement on Thursday. As witnessed by other Reddit users, and reported by WinBeta, Microsoft later quietly edited its Store listing for the handset to delete that reference (the original detail is shown below):

You can see an earlier version of the Microsoft Store listing here via the Wayback Machine - while the most recent record there is from late-October 2015, that's still two months after Microsoft published its platform specs for Windows 10 Mobile indicating that devices would require a minimum of 8GB of storage to be able to upgrade.

That means that the Microsoft Store continued to sell the Win JR LTE for eight months - after that documentation first surfaced - as being in line for upgrade to Windows 10 Mobile, despite the handset being technically incapable of being upgraded.

But while Microsoft has since corrected its error - albeit far too late for the unknown number of buyers who purchased the device during that time - BLU is still marketing the Win JR LTE using Windows 10 Mobile upgrades as a major selling point of the handset.

The 'Windows Phones' section homepage on BLU's site includes a prominent link to 'learn more' about the device, alongside its 'buy now' button. Click through to the product page, and under its specifications, you'll see that the device is still listed with "Windows 8.1 (Upgrades to Windows 10)":

If, instead, you click on the PDF 'Sales Guide' for the handset - via the button immediately below the 'buy now' and 'learn more' buttons - you'll see "upgrades to Windows 10" on every single page...

...along with a full dedicated page, promising a Windows 10 Mobile upgrade that isn't coming:

And if you actually click on the 'buy now' button on BLU's website, it will take you through to the Amazon listing for the Win JR LTE where, sure enough, buyers are still being promised the Windows 10 Mobile upgrade:

When both Microsoft and its partners have made such a mess of their communications regarding availability of the Windows 10 Mobile upgrades, it's perhaps not surprising that their customers end up frustrated, and even angry, over the confusion that results.