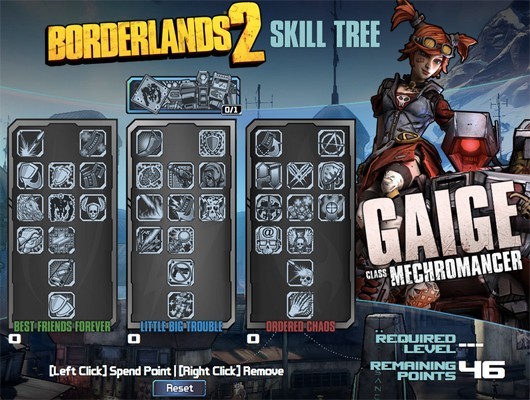 If you thought that the four classes available in Borderlands 2 by default wasn't enough, you can now add a fifth class to the game in the form of a downloadable package. Gaige the Mechromancer is said DLC, offering a range of new skill options to explore including a deployable robotic mate called Deathtrap.

The update is now available on Steam, and also on the Xbox 360, for US$9.99 (or US$15.95 in Australia for some reason). If you have a copy of Borderlands 2 that included the Premiere Club you'll get this DLC for free, but note that the Season Pass does not include the Mechromancer DLC.