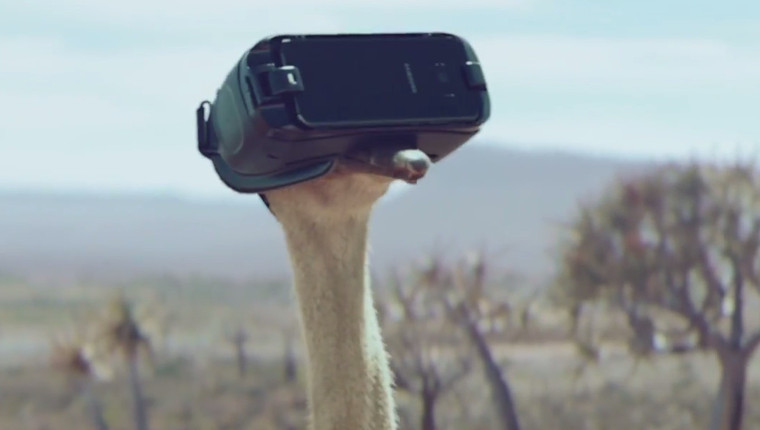 If you watch a lot of TV, you’ll have probably seen the weird Ostrich advert from Samsung that promotes the Gear VR headset. It was recently announced that the short film has won seven prestigious Lion Awards for its “creative excellence.”

“The ‘Ostrich’ commercial shows an ostrich who learns to fly after donning a Samsung Gear VR headset and launching a virtual flight simulator. The #DoWhatYouCant campaign and “Ostrich” ad tap into the basic human urge to push beyond what is normal and demonstrate the company’s commitment to providing products and services that allow people to break boundaries and do the incredible.”

While at Cannes, Samsung set up a collaborative space called “Altelier Samsung” where it held interactive sessions and seminars that showcased Samsung’s mobile ecosystem including the Gear VR. Several speakers took part at the venue including the director of the film Her, Spike Jonze, YouTuber Casey Neistat, and visual artist Shantell Martin. They discussed the future of content creation and how Samsung’s products can help produce “dynamic material.”