EVGA has launched its version of the GeForce RTX 3090 Ti card, which comes with their Kingpin branding and an included 1600W PSU. This comes three months after the launch of Nvidia's 3090 Ti and includes a few notable features. 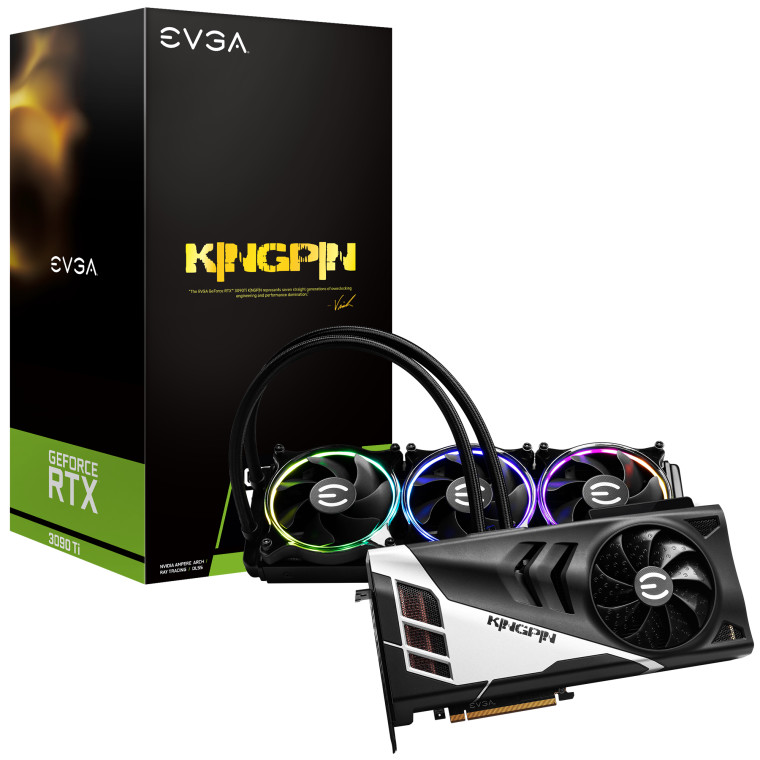 This card sits at the top of EVGA's range, and is directly aimed at people who will be overclocking to the maximum performance possible, which can be monitored through the built in, flip up 176x48 OLED display. This can show real-time voltages, temperatures, clocks and more. This can be further customised with up to 9 GIF animations, with 3 of those which can be user created.

Another key feature, which is one of the first of its kind, is the included 2x 16-PIN Power Connector. This is digitally controlled via software and also including the 14 layer PCB which has been designed with overclocking in mind.

Finally, there is a Asetek 360 closed loop water cooling radiator built in, using three of the latest ARGB fans allowing for full customisation as well as top cooling performance.

The card itself will be bundled with the EVGA SuperNOVA 1600 P2 Power Supply which it will need as the requirements call for a minimum of 1000W, and is available directly from EVGA for $2,499