It started several weeks ago as somewhat mysterious street art ads for Microsoft's Surface tablet started showing up on the sides of buildings in various US cities. This week, Microsoft launched a more conventional outdoor banner campaign for the launch of its Windows RT version of the touch screen tablet.

It now looks like Microsoft has opened the floodgates on its marketing campaign for the Surface as a ton of banner ads have been placed inside subway stations in US cities and outdoor ads have also been spotted as well. 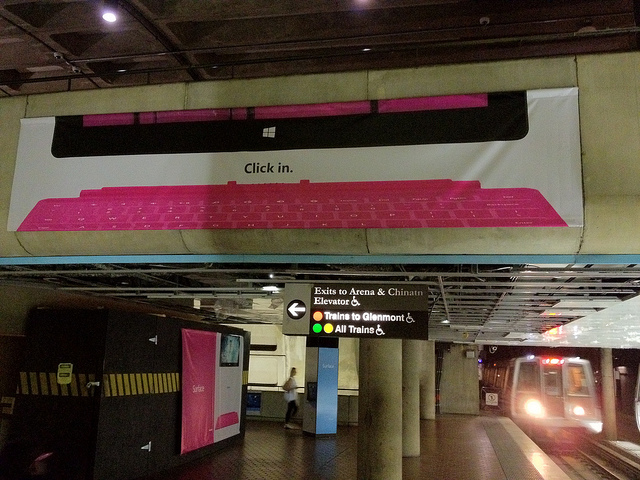 Washington DC's Gallery Place Metro station is one of the places that Microsoft picked for its Surface banner ad blitz. Resident Mike Lee posted up a gallery of images from the subway station on his Flickr page. You can see more of them below: 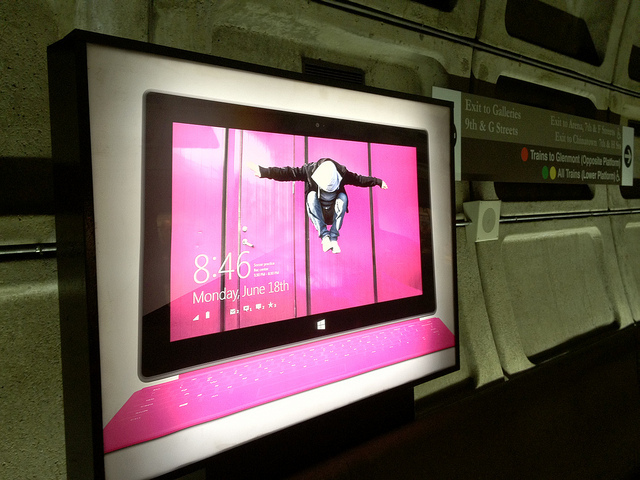 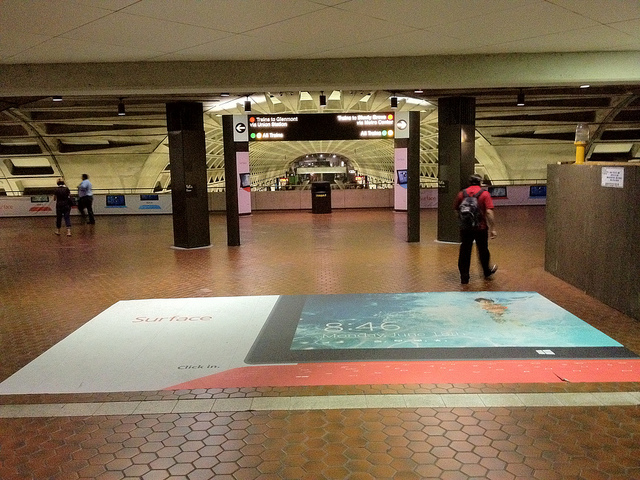 Similar ads have shown up in San Francisco at the city's Civic Center subway station. Twitter user Burt Herman took a photo and posted it on his account which you can see below. 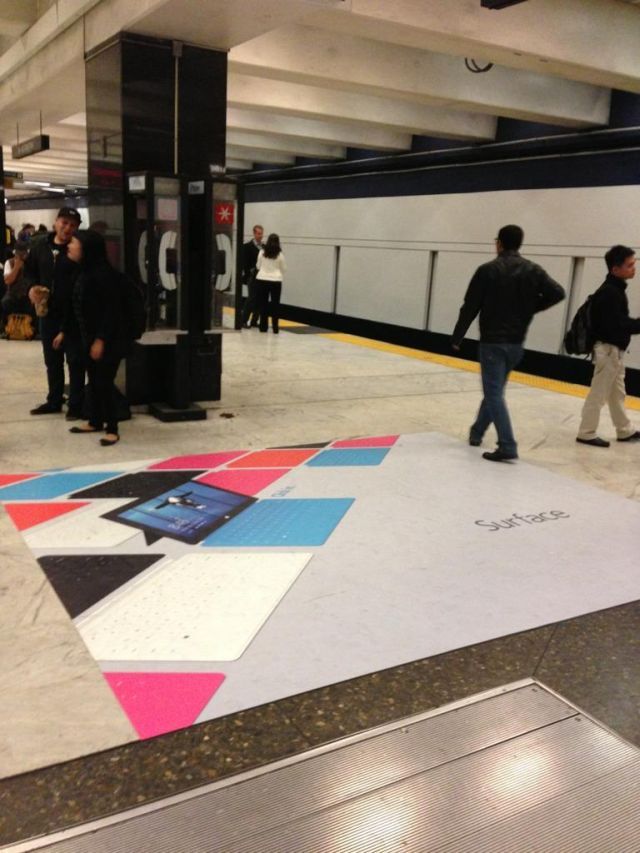 Boston's subway system is not immune to the Surface ad attack. Nick Chester, who works at Dance Central game developer Harmonix, posted up an image of one of the ads on his Twitter account. 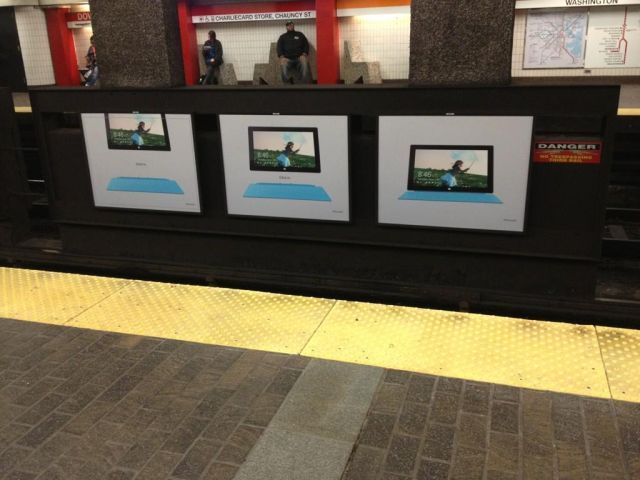 New York City, where the first street art ads for the Surface tablets were spotted, is also home to the new outdoor banner ads. Raymond Wong, who writes for Boy Genius Report, posted up images of the ads in NYC Grand Central station, on his Twitter feed. 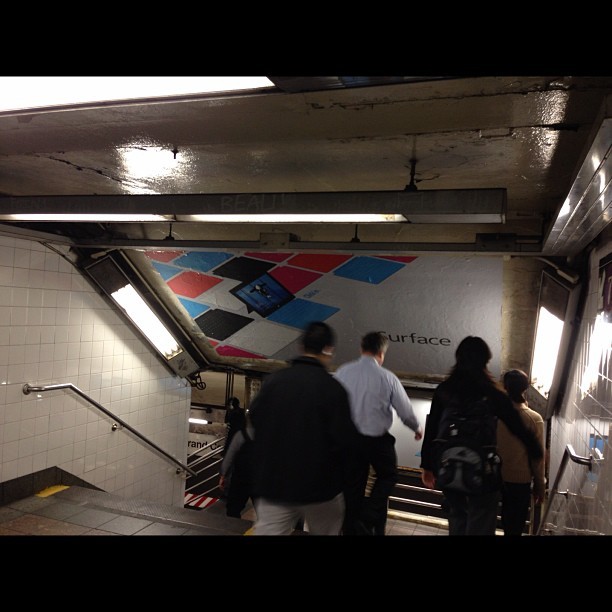 Finally, Surface ads are also appearing on the sides of bus stops. Reddit user "machater81" posted an image of one of them on a bus stop in Philadelphia. 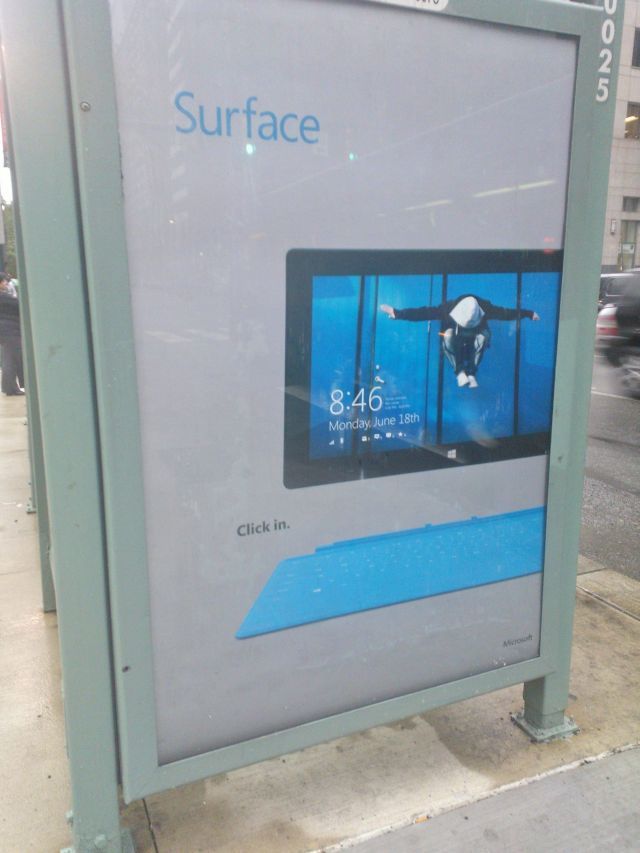 Many thanks to the people listed above who have been busy snapping photos of these banner ads. If you happen to live in a city that's not listed above that has one of these Surface ad banners, please let us know about it and we might include it in a future article.

Images via their respective owners