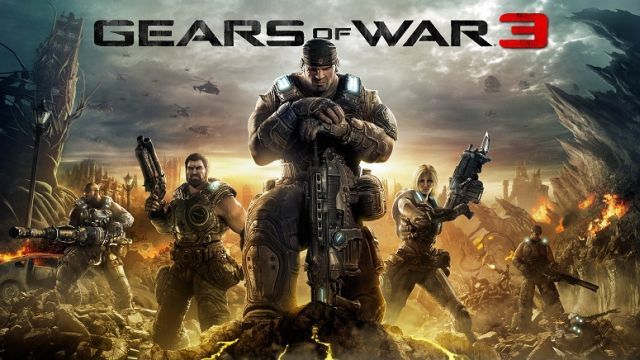 Microsoft's biggest Xbox 360 exclusive game for 2011 is due for release next week. The third person sci-fi shooter Gears of War 3, from developer Epic Games, will officially go on sale  Tuesday, September 20. But if you want to get the game as early as you can, there will be a number of retailers that will be open the night of Monday, September 19 to prepare to sell the game at the stroke of midnight. The official Gears of War web site has more info on these midnight launch events.

The biggest one will be in New York City in Times Square at the Best Buy Theater. Epic Games will have a number of team members, including design director Cliff Bleszinski, at the event. Microsoft will host tournaments and give away prizes, including a custom Gears of War 3 chopper built by Paul Jr. of the TV show American Chopper. Pop singer Big Sean will also give a free performance. Over 800 other Best Buy stores in the US will also be open on Monday night to sell Gears of War 3. A full list is available at Best Buy's web site.

In addition, 13 of Microsoft's retail stores will be open on Monday night to sell Gears of War 3 at midnight. The Microsoft store in Bellevue, Washington will feature appearances by members of the Gears of War development team along with Microsoft Studios Corporate Vice President Phil Spencer. Look for Gears of War 3 midnight launch events to be held in Canada, Mexico, the UK, Australia and Singapore. The Gears of War web site has the details of the launch events in those countries.