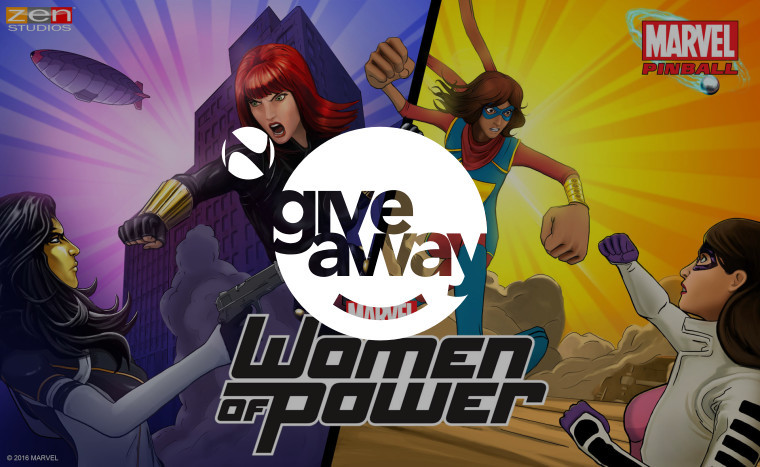 Who doesn't love pinball? Who doesn't love free pinball?? And who doesn't love superheroes?!? Well, we have you covered here as Zen Studios has provided us with a code to download its latest pinball offering, Marvel: Women of Power, for free, on the Xbox One to one lucky reader.

What is Women of Power, you may ask? We could get into it here, but instead I recommend you read our full review that was published earlier this week. If you're too impatient to read it, the quick details are that it's two new tables for Pinball FX2 that feature female Marvel superheroes. But you should really go read the review.

So how do you win these two new tables? Unlike some of our giveaways, there's nothing complicated here and we're limiting it to people with Neowin accounts. If you're not a Neowin member yet, don't worry - it's really easy (and free!) to register, and it won't take long!

Go over to the review (do you see a trend here?) and make a comment, telling us who your favorite obscure Marvel superhero is, whether it's someone from the new tables or not. That's all there is to it!

The contest closes at 9am ET on Monday, October 3rd. We'll pick one random winner later that morning and send the Xbox One code to you via Neowin messaging.

UPDATE: Congrats to Princehector (NV) on winning the Xbox One code! In addition, Zen Studios was nice enough to provide us with a second code, this time for PSN, so be on the lookout for a new giveaway in the next 24 hours!