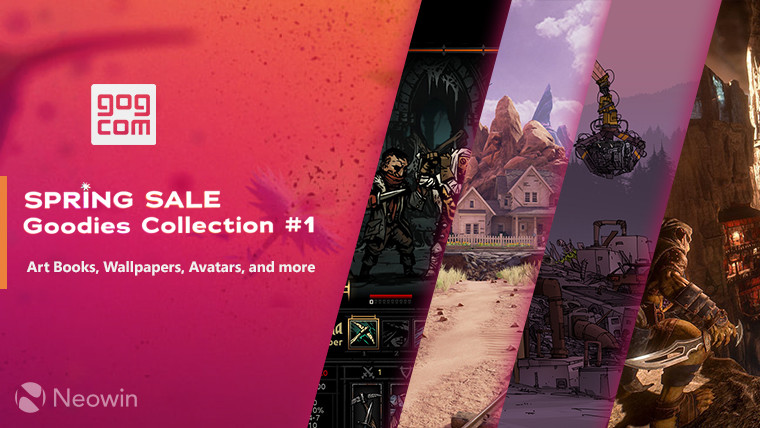 After the initial giveaway of goodies from The Witcher series to start off its Spring Sale, followed swiftly by Mable & The Wood as a freebie, GOG has now put up yet another free bundle of goodies from a number of games.

This one includes avatars and wallpapers from Red Hook Studios' 2016 gothic roguelike turn-based RPG Darkest Dungeon, as well as wallpapers from Cyan's 2016 adventure puzzler Obduction. In addition, you get art books from stealth action-adventure title A Plague Tale: Innocence, the fantasy adventure RPG GreedFall, stealth action-adventure game Styx: Shards of Darkness, horror action RPG Vampyr, sci-fi RPG The Surge and its sequel, as well as the point-and-click mystery Unforeseen Incidents. Last but not least, you'll also get the soundtrack for Unforeseen Incidents.

Although this is the second giveaway of goodies in the sale, it's mysteriously marked #1, which implies there will be more. That will be then, but now, you can claim this goodie bundle for free until March 25 at 2PM UTC, which is 7AM PT or 10AM ET in the States.

To claim this gift, you can either head here, or simply scroll down on the homepage until you see the banner in the image above.